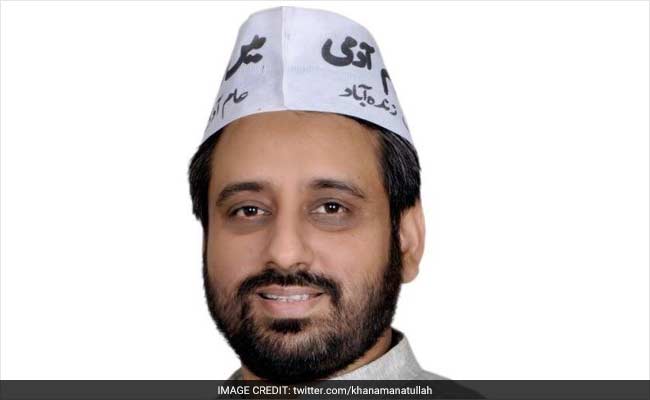 The Delhi Police on Monday registered an FIR against AAP MLA Aamanatullah Khan and his supporters for allegedly obstructing an anti-encroachment drive in Shaheen Bagh, officials said.

The South Delhi Municipal Corporation (SDMC) lodged a complaint with the police against Mr Khan and his supporters, accusing them of obstructing its anti-encroachment drive in Shaheen Bagh on Monday.

Deputy Commissioner of Police (Southeast) Esha Pandey said, “Based on the complaint received from SDMC, an FIR has been registered against Aamanatullah Khan and his supporters under sections 186 (obstructing public servant in discharge of public functions), 353 (assault or criminal force to deter public servant from discharge of his duty) and 34 (common intention) of the Indian Penal Code.”

In a complaint to the SHO of Shaheen Bagh, the SDMC’s Central Zone licensing inspector said that an encroachment removal drive was fixed for Monday on the main road in Shaheen Bagh and its staff and police personnel were present at the site for carrying out the action.

“Amanatullah Khan MLA (Okhla) along with his supporters present did not allow the field staff of the zone SDMC to remove the encroachment. In view of the above, you are requested to take appropriate legal action against Amanatullah Khan and his supporters for interfering in discharge of official duties by public servants,” the SDMC’s Central Zone licensing inspector wrote in the complaint.

Protests erupted at Delhi’s Shaheen Bagh on Monday with hundreds of people, including women, opposing the anti-encroachment drive of the SDMC as bulldozers rolled into the area in the presence of a huge number of police personnel.

The civic body team was forced to return without carrying out the exercise.

The protesters raised slogans against the BJP-ruled South Delhi Municipal Corporation (SDMC) as well as the Centre and demanded that the action be stopped. Some of the women protesters even stood in front of the bulldozers to prevent the exercise.