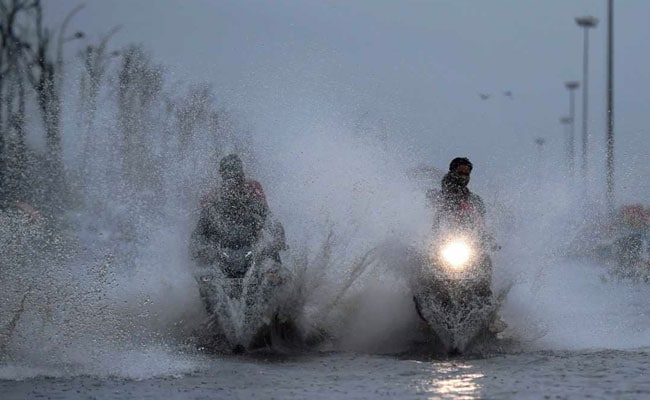 Dry weather is likely to continue in Chennai for the weekend during the day. (File)

A cyclonic circulation over the Tamil Nadu region will bring heavy rain to Chennai and surrounding districts on August 1 and 2, the Regional Meteorological Center (RMC) predicted on Friday.

“Though light to moderate rain was predicted for the past few days for Chennai, only a few areas received rainfall. With cyclonic circulation prevailing over TN region, rainfall is expected in North Tamil Nadu from next month,” the meteorological official said in a statement.

However, the dry weather is likely to continue in the city for the weekend during the day, the statement added.

The official further said that most of the areas in the city are likely to receive heavy showers. It is also expected that other districts will witness copious amounts of rainfall in August.

Meanwhile, national capital Delhi is expected to experience a generally cloudy sky with light rain. Minimum temperature was 25 degrees Celsius while the maximum is expected to be around 32 degrees.

Mumbai is likely to have generally cloudy sky with light rain. The minimum temperature was 25 degrees Celsius and the maximum will be around 31 degrees.

Kolkata is expected to have a partly cloudy sky with one or two spells of rain or thundershowers. The minimum temperature was 28 degrees Celsius and maximum will be around 34 degrees.

Chennai will witness cloudy sky with light and rain or drizzle. The minimum temperature was 27 degrees Celsius and the maximum will be 33 degrees.