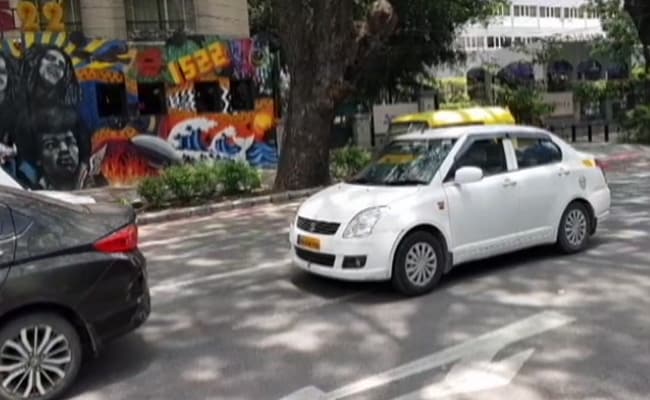 Rising inflation and an increase in the prices of fuel has left cab drivers high and dry. (File)

After a gap of nearly two years, Bengaluru – the Silicon Valley of the country – is finally seeing its workforce return to its offices. But a major problem faced by commuters has been the shortage of app-based cabs like Uber and Ola. While most industries such as travel, hospitality, and textile have picked up business, the double whammy impact of Covid and inflation has been tough to handle for taxi drivers.

Tanveer Pasha, the president of Ola and Uber drivers’ association in Bengaluru, tells NDTV that only around 15,000-18,000 cabs operate on the roads today as compared to the 1.25 lakh cabs during the pre-Covid period.

“Many drivers have surrendered their vehicles as they are unable to repay their loans with the meagre earnings they get. Also, agencies hired by the banks to recover loans have seized multiple vehicles,” President of OLA and Uber Association Tanveer Pasha, said.

Nearly 60 percent of the cab drivers who used to operate cabs and taxis left the city when Covid began but only around 15 percent returned. This only to handover their cabs back to the financial institutions which owed them money. With inflation taking a toll on their income, many drivers have been forced to sell their vehicles.

“Due to the non-payment of loans, many cabs have been seized by financial institutions. The government has not helped us, nor have the taxi aggregators” Suresh T, a taxi driver says.

Another taxi driver Naveen says that taxi aggregators charging a commission nearly 30 per cent of their earnings has left many drivers in distress.

The shortage of cabs has led to passengers having had to wait for long periods to book a ride on ride-sharing apps such as Ola and Uber.

According to Parvathi, a frequent user of ride-hailing apps: “It is difficult to get any rides these days. I try to book a cab both on Ola and Uber, but the process has become quite troublesome.”

Priya, who arrived at the city railway station from Jaipur, had to wait for half an hour before she got her cab. “I had to wait for nearly half an hour to get book a cab. Despite a high demand, it is a grueling ask to book one as there are hardly any cabs available on the road these days.”

Rising inflation coupled with a hefty commission charged by taxi aggregators and an increase in the prices of petrol and diesel have left Ola and Uber drivers high and dry. While many drivers have had to sell their vehicles, some of them have even left driving for good and taken up odd jobs to survive.