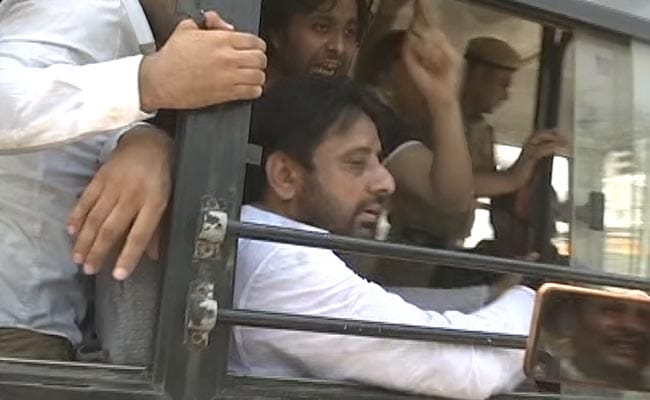 Amanatullah Khan was part of a protest in Madanpur Khadar

Aam Aadmi Party MLA Amanatullah Khan has been arrested by Delhi Police for taking part in a protest against an anti-encroachment drive. Civic authorities today carried out anti-encroachment drives in various parts of Delhi. The demolition drives sparked violent protests in the Madanpur Khadar area of Delhi, where locals claimed that legal structures were bulldozed.

Amanatullah Khan, who was part of the protest at Madanpur Khadar, was detained by Delhi police on Thursday morning.

Delhi’s three municipal corporations — South, East, and North — are ruled by the BJP.

On April 20, an anti-encroachment drive was carried out in Jahangirpuri which had witnessed a communal clash just a few days ago during a Hanuman Jayanti procession in the area. The drive was halted following a Supreme Court order.

In the following days, demolition drives were carried out in areas such as Shaheen Bagh, New Friends Colony, Dwarka, and Najafgarh.

On Monday too, AAP’s Amanatullah Khan had staged a protest during an anti-encroachment drive in Shaheen Bagh. n FIR was registered against him for “obstructing” officials from carrying out the exercise.