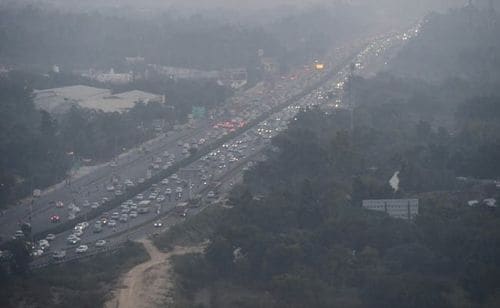 The Delhi government has decided not to extend the curbs on plying of BS-III petrol and BS-IV diesel vehicles in the capital in view of the improvement in air quality, according to officials.

The restrictions on plying of these vehicles was in place till November 13 as part of the curbs under Stage 3 of the Graded Response Action Plan (GRAP).

The Delhi government’s Transport department reviewed the situation on Monday and decided that the curbs will not be extended, sources said.

“Considering the recent improvement in the air quality in NCT of Delhi, the restrictions imposed for plying of BS III petrol and BS IV diesel LMVs (four wheelers) in the jurisdiction of NCT of Delhi are hereby revoked with immediate effect till further orders.

“The department will closely monitor the AQI level in the NCT of Delhi and directions will be reviewed accordingly,” read the official order issued by the department on Monday.

During a review meeting last week, the transport department had decided that the curbs under Stage 3 of GRAP should remain in place for the next few days instead of a knee-jerk reaction.

In an order issued on November 7, the transport department had said owners of vehicles found plying in violation of the rule would be prosecuted under the Motor Vehicles Act, which could invite a fine of Rs 20,000.

Vehicles deployed for emergency services and government and election-related work did not come under the ban purview.

The transport department had said in its order, “As per the directions provided under Stage III of revised GRAP, there will be a restriction to ply BS-III petrol and BS-IV diesel light motor vehicles (four-wheelers) in the jurisdiction of NCT of Delhi.

“The above directions will remain enforced till November 13 or downward revision in GRAP stage, whichever is earlier. The restrictions will continue beyond November 13, if CAQM orders GRAP-III and above restrictions.” Delhi’s air quality remained in the ‘very poor’ category on Monday morning. The Air Quality Index (AQI) at 9:am was 309.