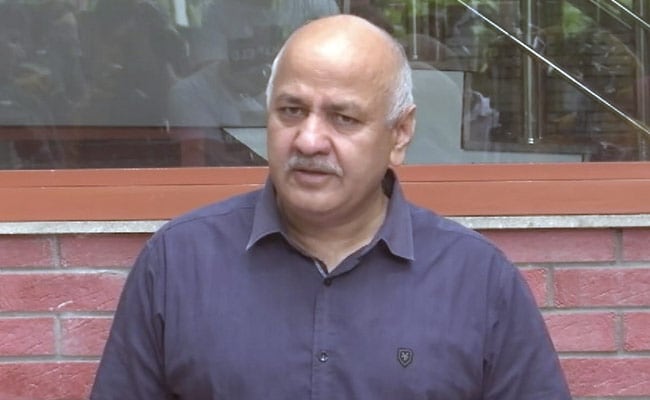 The Delhi government has decided to withdraw the new Excise Policy for the time being and directed the sale of liquor only through government-run vends, Deputy Chief Minister Manish Sisodia said today.

The 468 private liquor shops operating in the city will be shut from August 1 as the term of their licences and that of the new excise policy expire on July 31.

Targeting the BJP, he alleged they were “running an illegal liquor business in Gujarat” and they wanted to do it in Delhi also.

The deputy chief minister, who also holds the excise portfolio, said in a press briefing that the Delhi chief secretary has been directed to ensure that liquor is now sold through government shops only and there is no chaos.

He also alleged the BJP was using agencies like the CBI and ED to threaten liquor licensees, many of whom have now shut shops, and the excise officials who were scared to start open auctions of retail licences.

“They want to create a shortage of liquor so that they can run an illegal liquor trade in Delhi like they are doing in Gujarat. But we will not let this happen,” Mr Sisodia said.

He claimed that if the legal sale of liquor is stopped in Delhi then it may witness a “hooch tragedy” on lines of Gujarat.

Forty-two people from Botad and the neighbouring Ahmedabad district in Gujarat died after consuming spurious liquor on July 25, while 97 people are admitted to hospitals in Bhavnagar, Botad and Ahmedabad.

Under the Delhi government’s new excise policy, nearly 468 liquor stores are running in Delhi at present. The policy, that extended twice after April 30 for a two-month period each, will end on July 31.

Addressing reporters at his residence, Mr Sisodia said in the old excise policy there were many government liquor vends and there used to be “huge corruption” in such stores. But that was stopped with the new excise policy, the deputy chief minister said.

In the new excise policy, licences were issued through open tenders in a transparent manner, he said.

“Under the old regime, the government used to earn a revenue of Rs 6,000 crore, while through the new excise policy the government was set to get Rs 9,500 crore revenue in the entire year,” Mr Sisodia said.

Accusing the BJP of threatening licensees and excise officials through CBI and Enforcement Directorate, Mr Sisodia claimed out of 850 liquor shops, only 468 could open as many were shut by shop owners following “threats from the BJP”.

“They (BJP) want to reduce the sale of legal quantities of liquor. Like Gujarat, they want to promote the sale of spurious, off-duty liquor by threatening Delhi’s shop-owners, officers,” Mr Sisodia said.

At present, Delhi has one liquor shop for 22,707 people, Mr Sisodia said.