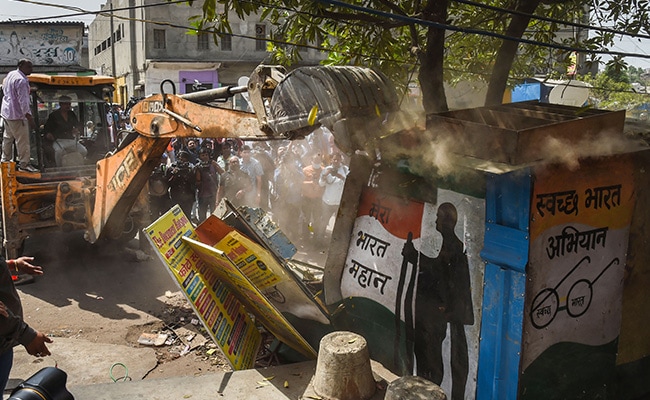 The Delhi High court today agreed to hear during the course of the day pleas against the anti-encroachment drive in violence-hit Jahangirpuri, but refused to interfere in the process at this stage.

Acting Chief Justice Vipin Sanghi asked the lawyers, who mentioned the cause for urgent listing and relief, to file their petitions and said, “I am not saying anything (on stopping the demolition) but that they (authorities) should be ready (with instructions).”

Additional Solicitor General Chetan Sharma stated that the Supreme Court is already seized of the issue.

The Acting Chief Justice said that the petitions would be heard during the course of the day once they were filed, and observed that “there was nothing new” and the drive was “already in contemplation”.

“They have acquired force now. You file it (the petitions),” he said and asked the authorities to be ready with instructions.

The lawyer appearing for one of the aggrieved parties urged the court to “protect” the dwellers till 2 pm.

In the aftermath of the violence, some residents are not in the area and some are in custody, she added.

The area had witnessed violent clashes, including stone pelting, arson and firing, between two communities during a Hanuman Jayanti procession on Saturday.

Eight police personnel and a local resident had sustained injuries.