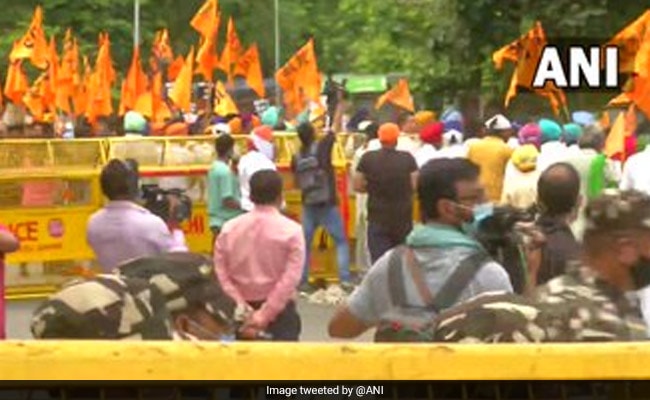 In view of a protest march organised by members of the Shiromani Akali Dal or SAD against the Centre’s farm laws, the Delhi Traffic Police on Friday alerted commuters about closure of specific roads and suggested diversions to avoid any inconvenience.

Taking to Twitter, the Delhi Traffic Police informed about closure of roads at Delhi’s Jharoda Kalan border and suggested commuters to refrain from using these routes in view of the farmers’ movement.

A senior police officer said, “Members of Shiromani Akali Dal have gathered at Delhi’s Gurudwara Rakab Ganj on Friday morning in view of a protest march organised by them against the farm laws.”

The Shiromani Akali Dal under the leadership of its President Sukhbir Singh Badal had given a call to take out a the march starting from Gurdwara Talab Ganj Sahib to Parliament House against the “anti-farmer” laws passed by the Central government.

Due to a demonstration call by farmers to assemble at Gurudwara Rakab Ganj, police pickets have been placed in precaution at different areas in the national capital while traffic is being released after vehicles have been checked, a senior traffic police officer said.

The protesters had given a call for a march from Gurudarwa Rakab Ganj to Parliament to oppose the Centre’s new farm laws.

“Jharoda Kalan border both the roads have been closed by barricading dye to the farmers movement, please refrain from using this route,” another tweet mentioned.

According to police, the road from Sardar Patel Marg to Dhaula Kuan has been closed for traffic due to the farmers’ movement.