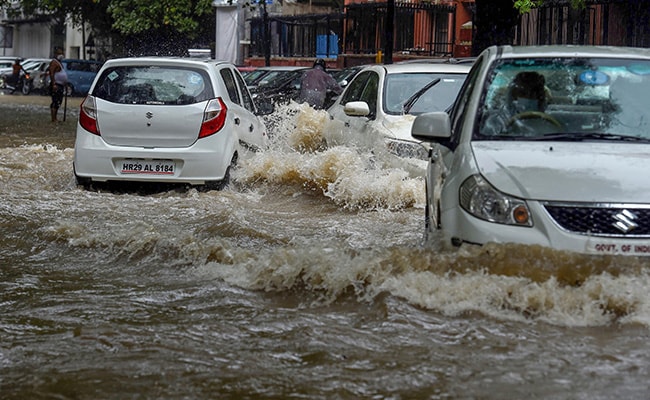 The monsoon this year has dumped a bounteous 1,160.8 mm of rainfall in Delhi till Thursday evening, the highest since 1964 and the third-highest since the data has been maintained by the India Meteorological Department (IMD).

To put things into perspective, Delhi had received 404 mm rainfall in the entire 2019 monsoon period.

The figures are still evolving as more rainfall is predicted in the city during the month.

Experts say that it is on course to become the second-wettest monsoon ever in Delhi by the time it withdraws.

Between June 1, when the monsoon season starts in the country, and September 15, the city normally gets 614.3 mm of rainfall. The monsoon withdraws from Delhi by September 25.

Earlier, the weather department issued an orange alert for moderate rain in Delhi during the day. Light rain is likely on Friday.

Mahesh Palawat, vice president, Skymet Weather, a private forecasting agency, said, “On and off rains will continue till September 23-24 due to the expected late withdrawal of monsoon.

“This means Delhi may record its second-wettest monsoon ever by the time it withdraws,” he said.

This is the third time in the last two decades that the monsoon rainfall in Delhi breached the 1,000 mm mark.

September, in particular, has been bountiful.

The city has recorded 404.4 mm of rainfall this month till Thursday evening, which is the highest in 77 years, according to the IMD.

“We still have 14 days left in September. So, it (all-time record) can be broken any moment,” an IMD official said.

The September rainfall this year has been in marked contrast to last year, when the city got a meagre 20.9 mm precipitation in the month against a normal of 129.8 mm.

Despite the monsoon arriving in Delhi only on July 13, making it the most-delayed in 19 years, the capital recorded 16 rainy days in the month, the maximum in the last four years.

The string of rainy days brought 507.1 mm rainfall to the city, which was nearly 141 per cent above the long-period average of 210.6 mm. It was also the maximum rainfall in the month since July 2003, and the second highest ever.

The city recorded just 10 rainy days in August, the lowest in seven years, and a cumulative rainfall of 214.5 mm, lower than the average of 247 mm.

The capital has been logging a new weather record every month since August last year.

26 mins ago ABHIJEET KATIYAR
We use cookies to ensure that we give you the best experience on our website. If you continue to use this site we will assume that you are happy with it.OkNoPrivacy policy