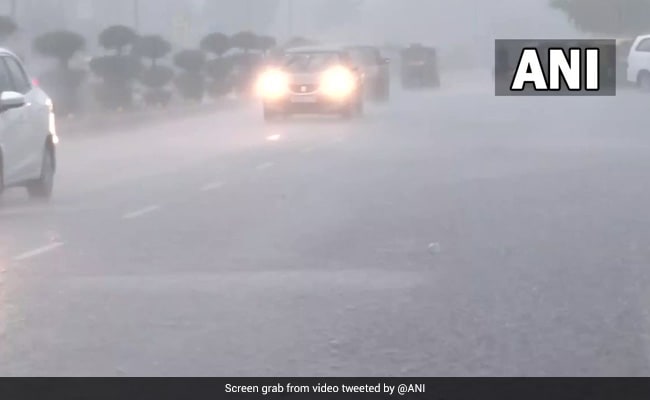 The rainfall was reported in central, east and northeast Delhi among other areas.

The weather office had earlier predicted thundershowers in the city.

The city recorded 20 mm of rainfall from 8.30 am on Thursday to 8.30 am on Friday, according to data shared by the Indian Meteorological Department (IMD).

The maximum temperature is expected to settle three notches below the normal at 31.2 degrees Celsius, according to the weather office.

The minimum temperature in the city dipped slightly to settle at 25.2 degrees Celsius, two notches below average, the IMD said.

The relative humidity at 8.30 am stood at 92 per cent, the weather office said.

The weather office had earlier said the monsoon trough is likely to “continue to shift gradually northwards” and it led to an increase in rainfall activity over north India from Wednesday.