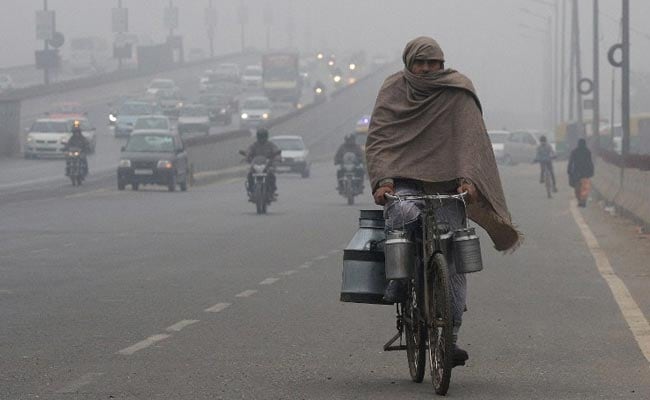 The minimum temperature in Delhi today dropped to 10 degrees Celsius.

As the minimum temperature in Delhi dropped to 10 degrees Celsius today, the season’s lowest so far, the India Meteorological Department (IMD) said it will declare a cold wave in the city if the situation persists for another day.

The weather department also said the month of November this year is expected to be the coldest in the last four to five years.

The trend of below normal minimum temperature continues. A similar situation is expected to prevail for another four to five days, Kuldeep Srivastava, the head of the regional forecasting center of IMD, said.

For the plains, the IMD declares a cold wave when the minimum temperature is 10 degrees Celsius or below and is 4.5 notches less than normal for two consecutive days.

The criteria for today has been met. We will declare a cold wave in Delhi if the situation persists on Wednesday, Mr Srivastava said.

He said the month of November this year is expected to be the coldest in the last four to five years.

Normally, the Safdarjung Observatory, which provides representative data for the city, records a minimum of 14.8 degrees Celsius in the first week of November.

The mercury dips to 11-12 degrees Celsius by the last week of November, according to IMD officials.

The senior IMD scientist said the minimum temperature is expected to be recorded in single digits in the next three to four days.

Delhi has been witnessing a trend of low minimum temperatures due to the absence of cloud cover, he said.

Clouds trap some of the outgoing infrared radiation and radiate it back downward, warming the ground.

Also, there has been snowfall in the higher reaches of Himachal Pradesh in the last three to four days, so cold winds from that region have started affecting Delhi’s weather, he said.

On Monday, the city recorded a minimum temperature of 10.8 degrees Celsius.

The month of October was the coldest in 58 years in the national capital, according to IMD.