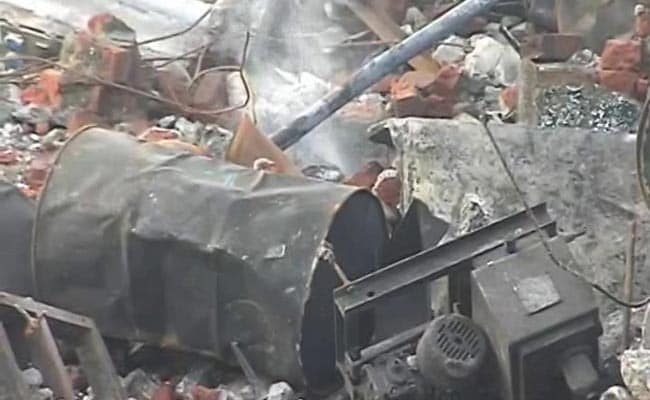 The blast occurred when the labourers were removing nuts and bolts of the tank. (Representational)

Three labourers died in a blast in an under-maintenance ammonia tank at a Zuari Agro Chemicals Ltd (ZACL) plant in the port town of Vasco, South Goa on Tuesday, a state cabinet minister said.

Goa factories and boilers minister Nilkant Halarnkar said the blast in the factory occurred in the afternoon and that all three labourers died on the spot.

Mr Halarnkar said the plant was supposed to be shutdown for maintenance.

“We have asked for a report. If we find any negligence, we will take strict action against the management of the factory,” he said.

I urge the locals not to panic and not to believe any rumours. There is no gas leakage and the matter is being monitored by the Government. 2/2

The Chief Minister tweeted, “It is very unfortunate to hear about the tragic death of three labourers in a blast of the under maintenance Ammonia Tank at Zuari Agro Chemicals Limited plant at Vasco. The State machinery has immediately responded and are making every effort to bring normalcy to the situation.”

Mr Sawant clarified there was no gas leakage after the explosion in the ammonia tank.

“I urge the locals not to panic and not to believe any rumours. There is no gas leakage and the matter is being monitored by the Government,” he said in another tweet.

Sources in ZACL said the labourers who died were not staffers of the company but were hired by a contractor.

They said the blast occurred when the labourers were removing nuts and bolts of the tank, which was scheduled to be shut down from May 30.

“Instead of using cold works technology as recommended, they were using gas cutting equipment due to which the blast occurred,” the sources said.