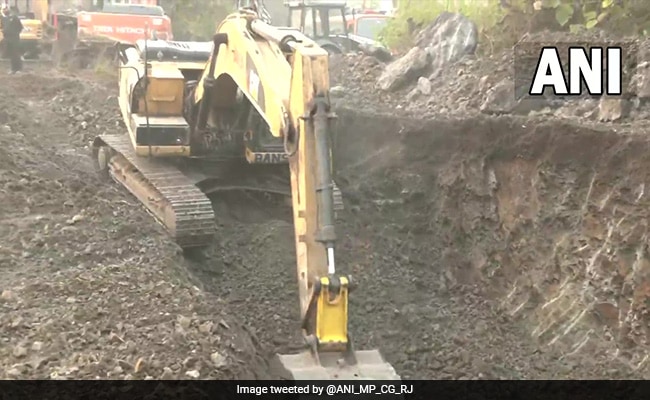 A massive rescue operation continued for the second day on Wednesday to save an eight-year-old boy who fell into a 400-feet-deep borewell in Madhya Pradesh’s Betul district, officials said on Wednesday.

The boy, Tanmay, was stuck at a depth of 35 ft to 40 ft after falling into the borewell in Mandavi village on Tuesday evening, they said, adding no movement was seen there on Wednesday morning.

The earthmoving machines have so far dug a 25-ft-deep parallel tunnel. Hectic efforts were on to reach the child and rescue him, the officials said.

The incident took place at around 5 pm on Tuesday. The boy was playing in a field when he fell into the borewell which was dug recently, police earlier said.

The rescue operation continued through the night to save Tanmay. The administration, police and rescue teams were present on the spot, Betul Collector Amanbir Singh Bains said on Wednesday.

Work was underway to make a parallel tunnel to reach the boy, he said.