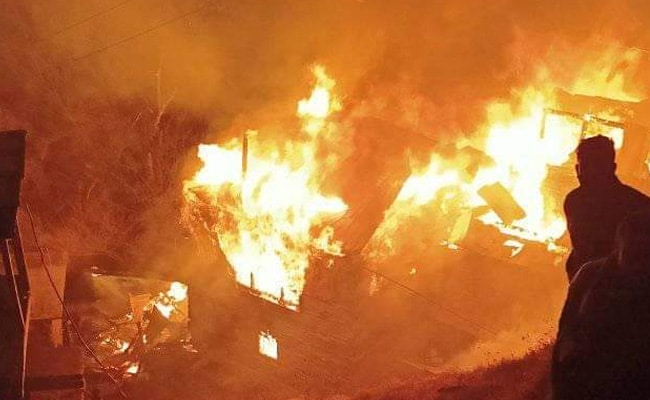 The reason behind the fire is yet to be ascertained, officials said

Eight families lost their homes overnight to a massive fire that broke out in a four-storeyed wooden house with 20 rooms in Shimla, officials said.

Local villagers managed to douse the raging flames after three hours and save the other houses from the blaze.

The fire brigade reached the village in Nawar valley around 3 am today after the villagers extinguished the raging flames. The reason behind the fire is yet to be ascertained, officials said.

Primary aid is being provided to the affected families by the local administration.

No injuries have been reported so far and the damage caused is being assessed.