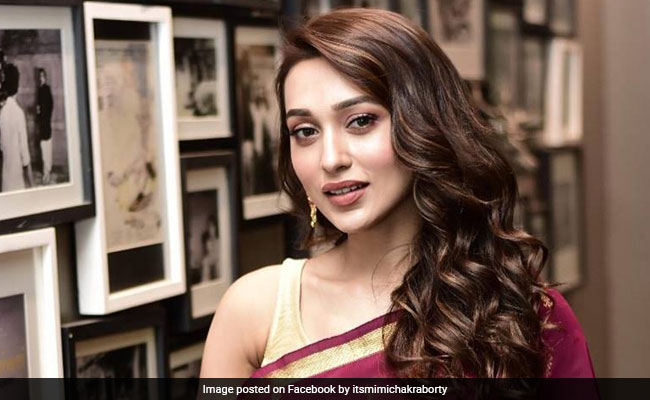 A man who allegedly pretended to be an IAS officer and supervised thousands of vaccinations in Kolkata was arrested on Wednesday after he was exposed reportedly when Trinamool Congress MP Mimi Chakraborty took a Covid shot at his camp.

The frightening possibility of fake vaccines given to hundreds of people has led to a bigger investigation by the Kolkata Police.

Mimi Chakraborty complained to the police when she received no official confirmation after taking the vaccine. The actor-politician had gone as a chief guest to the vaccination camp organised by the arrested man, Debanjan Dev, in south Kolkata.

Ms Chakraborty said she took the Covid shot to encourage people to vaccinate themselves and help check the spread of the virus. Around 250 people were vaccinated at the camp, reports said.

Debanjan Dev allegedly claimed to be an IAS officer when he invited her to the camp. He reportedly told her the inoculation effort was organised by the Kolkata Municipal Corporation.

“He said that he was running a special drive for transgenders and specially-abled persons and requested my presence,” the Lok Sabha MP was quoted as saying by news agency ANI.

“I took Covishield vaccine at the camp to motivate people for taking jabs. But I never received a confirmation message from CoWIN,” she said.

She said she noticed that no Aadhar card details were taken for people to register with CoWIN at the site, so no one received any message after the shot.

Suspicious, Ms Chakraborty filed a complaint with the Kolkata Police and the accused man was arrested.

“He was using a car with a blue beacon and fake sticker,” the TMC MP said, according to ANI.

The police are now investigating the shots given to people and whether they were vaccines past their expiry date.

“We haven’t come across any vial having an expiry date. Seized vials will be sent for testing to find out if they are genuine or not. Accused will be interrogated in this regard,” the Kolkata Police said today in a statement quoted by ANI.

The case has been transferred to the Kolkata Police Detective Department, said the police.