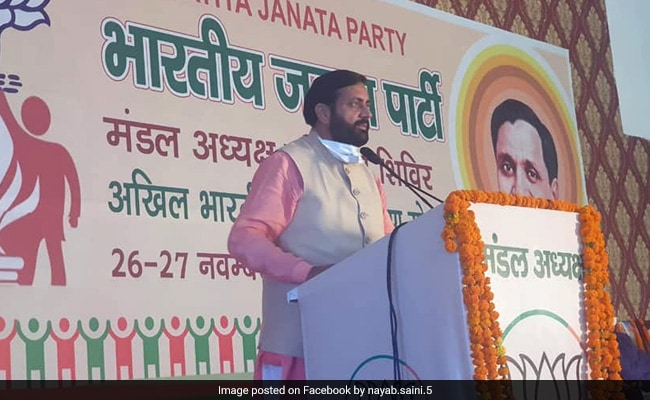 BJP MP Nayab Singh Saini on Tuesday faced the ire of farmers as they raised slogans against the Centre for not repealing the three agri laws.

Mr Saini, an MP from Kurukshetra, was visiting Khurdi village in the district to lay the foundation stones of some projects and inaugurate a community centre.

As soon as the word spread that the MP would be coming to the village, a large group of farmers gathered there and began protesting.

The farmers said that they have already announced that leaders of the ruling BJP-JJP alliance and ministers of the Haryana government will face boycott till the time the farm laws are not repealed.

“If they come, they will be opposed,” said a farmer leader.

However, the protesters dispersed after some time and Saini took part in all the scheduled events.

Man Sentenced To Death For Rape, Murder Of 5-Year-Old Girl In Assam

In Pics: Heavy Rains In Hyderabad Cause Flooding, Rescue Ops On