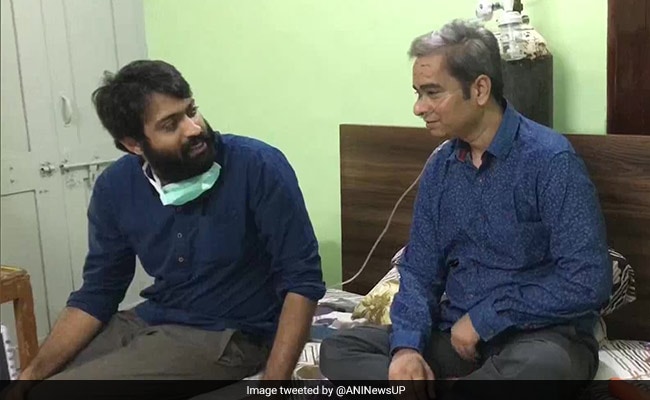 A COVID-19 patient was discharged from the hospital in Meerut after the hard-fought battle of 130 days, a doctor at Nutema hospital informed on Wednesday.

Speaking to ANI, the doctor who treated him at Nutema Hospital, Dr Avneet Rana said, “He tested positive for COVID on April 28. Initially, he was kept at home but later, was admitted to the hospital after his condition deteriorated. We have kept him on the ventilator for almost one month because his oxygen level reached 16 only.”

However, the patient had strong willpower to live, so he successfully managed to fight against the disease even after 130 days, the doctor added.

After getting discharged from the hospital, the patient also expressed his happiness. “It feels great to be back home with my family after such a long period of time,” he said.

At the same time, the patient said that he was very worried and scared in the hospital when he saw people dying around him due to COVID-19.

He said, “When I saw people dying at the hospital, I got worried. But my doctor motivated me and asked me to focus on my recovery.”