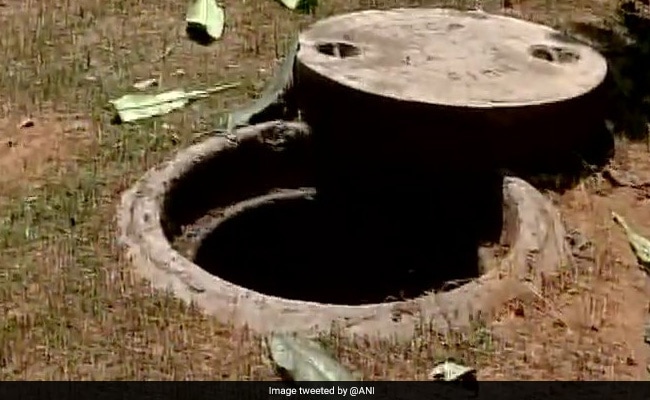 “My head hangs in shame,” the Delhi High Court Chief Justice said on Tuesday, lamenting the “complete unsympathetic attitude” of the Delhi Development Authority (DDA) towards the families of two people who died inside a sewer this year.

The high court, which was annoyed over non-compliance with its October 6 order by which the DDA was directed to pay Rs 10 lakh compensation each to the families of the deceased, said it had asked the authorities to pay the amount to the vicitims’ kin as they had lost their sole bread earners in the incident.

Pursuant to the high court’s direction, DDA Vice Chairman Manish Gupta was present at the hearing.

A sweeper and a security guard had died on September 9 in Outer Delhi’s Mundka area after they inhaled toxic gases inside a sewer.

The incident occurred when a sweeper had gone down to clean the sewer and fainted. A security guard who rushed to his rescue also fell unconscious, and both died.

The high court, which was hearing a public interest litigation (PIL) initiated by the court on its own based on a news report of the incident, expressed displeasure over non-payment of Rs 10 lakh each by the DDA to the victims’ families and said “not even a single penny” was released by the authority.

It, however, noted that as a part of a separate compensation, the Delhi government has paid Rs 1 lakh each to the two families and the remaining Rs 9 lakh will be paid to them within 15 days.

“We are dealing with people who are working for us so that our life is made comfortable. And this is the manner and method they are being dealt with by the authorities. Very unfortunate,” a bench of Chief Justice Satish Chandra Sharma and Justice Subramonium Prasad said.

The chief justice added, “My head hangs in shame.” “From October 6, we are now on November 15. When the court had directed DDA to pay the amount, why it was not done? This is the question,” the bench said.

The counsel for DDA said it was the duty of the Delhi government to pay the amount.

Delhi government standing counsel Santosh Kumar Tripathi submitted the DDA was trying to mix up the compensation which is to be paid as per the Supreme Court order and that the amount of Rs 10 lakh to be paid by the Delhi government was by a cabinet decision of March 5, 2020.

The bench said the question of liability could have been decided later on but the anxiety of the court was that, as an immediate measure, something needed to be given to the affected families.

On being asked by the bench about the total annual budget of the DDA, the Vice Chairman said it was Rs 3,000 crore.

“You have the budget of Rs 3,000 crore and we requested you to pay only Rs 10 lakh as an immediate measure and you came up with all kinds of excuses. Later we could have adjusted the amount by fixing the responsibility. We asked you to pay so that there is some financial and emotional sense of security to the families who have lost their bread earners,” the bench said.

On the issue of rehabilitating and giving compassionate appointment to one of the family members of the deceased who was an employee of the DDA, the agency urged the court to grant 15 days for the purpose.

The court said, ”We are not concerned with any other compassionate appointments. This one has to be done on priority basis.” It granted 15 days time to DDA for doing that.

“The conduct of DDA reflects complete unsympathetic attitude towards the deceased’ families,” the court observed.

On October 6, the court had directed the DDA, under whose jurisdiction the incident took place, to pay Rs 10 lakh each as compensation to the families of the deceased and consider granting compassionate appointment.

It had also sought the presence of the vice chairman of the authority in case the order was not complied with till November 14.

The court had then remarked it was unfortunate that even after 75 years of Independence, the poor were forced to work as manual scavengers.

On September 12, the high court had taken cognizance of the two deaths and directed that a PIL be registered.