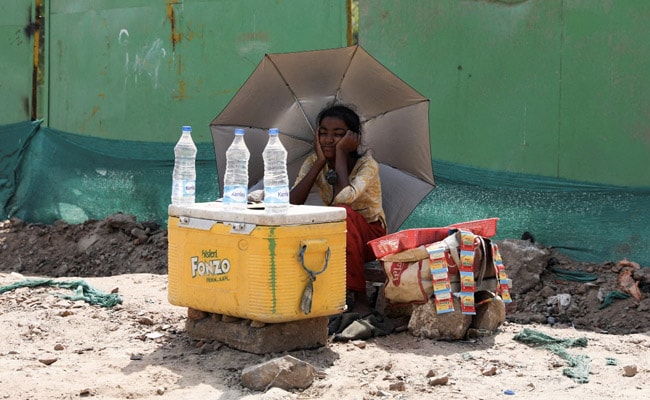 Many parts of the country recorded their highest average temperatures on record in April.

Heatwave conditions are abating in most parts of the country, the weather office said on Monday, predicting light rain in Delhi over the next three days amid the hottest pre-summer months in decades.

Abatement of Heat wave conditions over most parts of the country.

Senior scientist at the India Meteorological Department, RK Jenamani, said that there are chances of the heatwave ending in most parts of India, including Delhi, Punjab, Haryana and Uttar Pradesh.

“The heatwave in Odisha and Bengal was over on April 30, as we predicted. Strong winds will be there in the next two to three days. We are also giving a Yellow warning to Northwest India as there is a Western disturbance. Delhi is likely to experience rain, mainly on May 3. Rajasthan, Delhi, Haryana, and Punjab are on yellow alert and strong winds will be there tomorrow and rain may occur,” he said.

With a “very active” Western Disturbance, Mr Jenamani said for the next 6-7 days, east winds will also be very strong, and the temperature will not rise.

“It is a big relief after such a big spell. A heatwave cannot be formed till May 7. We will be able to the exact situation after May 7 after analysing however the temperature goes. But right now the condition is good in May,” he added.

India has been suffering from extreme heat this year and millions of people are at risk from the heat, scientists have warned, linking the early onset of an intense summer to climate change.

Many parts of the country recorded their highest average temperatures on record in April, and the scorching weather is expected to stretch into May.

Those were the highest since it began keeping records 122 years ago, Mrutyunjay Mohapatra added.

The national capital recorded the second-hottest April in the last 27 years with the temperature remaining above 40 degrees celsius in the past week.

The Principal Secretary to Prime Minister Narendra Modi will hold a meeting with officials at 4 pm to discuss the crisis.

Union Health Secretary Rajesh Bhushan on Sunday wrote a letter to the states and asked them to implement the National Action Plan on Heat-Related Illnesses.

24 mins ago ABHIJEET KATIYAR
We use cookies to ensure that we give you the best experience on our website. If you continue to use this site we will assume that you are happy with it.OkNoPrivacy policy