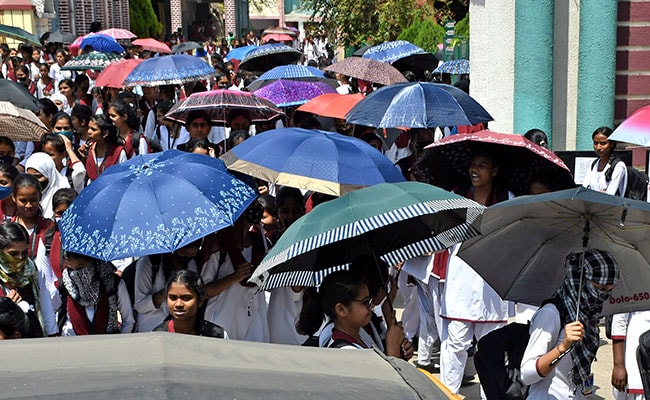 IMD has issued a yellow alert warning of a fresh heatwave spell in Delhi. (File Photo)

The minimum temperature in the city settled at 28 degrees Celsius today, with a fresh spell of heatwave expected to sweep the national capital starting May 11.

The relative humidity at 8:30 AM today stood at 61 per cent, according to data shared by the India Meteorological Department or IMD.

On Monday, the Safdarjung Observatory, Delhi’s base station, recorded a maximum temperature of 40 degrees Celsius, one degree above normal for this time of the year. The IMD has issued a yellow alert, warning of a fresh heatwave spell in Delhi which may see temperatures soaring to 44 degrees Celsius by Wednesday.

The heatwave spell may continue till May 15 as a mitigating weather system is unlikely to affect northwest India over the next one week, weather experts said on Monday.

The temperature in Delhi had started rising over the weekend and hit the 42-degree mark at some places on Sunday.

A heatwave in April-end had sent the maximum temperature soaring to 46 and 47 degrees Celsius in several parts of Delhi.  The air quality index (AQI) of Delhi was recorded in the moderate (151) category at 9:50 AM, data from CPCB showed.