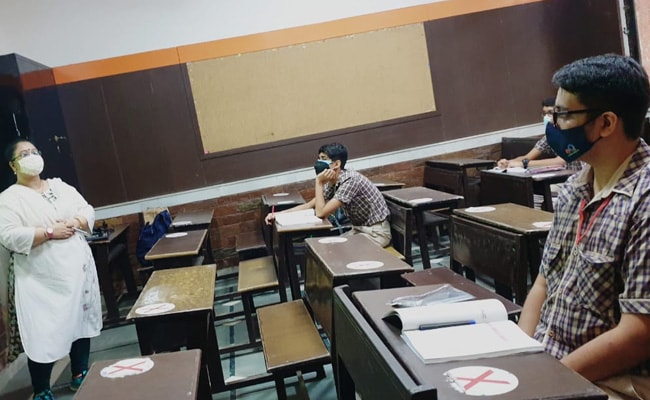 A residential school in Bengaluru has become a COVID-19 cluster after 60 of its nearly 500 students tested positive. Two were found to be symptomatic and the school has been shut till October 20.

Worried parents and guardians have called asking if they can take their children back home, but Mr Manjunath had stressed “there is no cause for worry”.

“This is a boarding school… students were there for one month. When they came to the school, they had no symptoms. Out of the 60 who tested positive (on Sunday evening) only two are symptomatic. Our team is there… we have tested everyone,” he said.

Mr Manjunath said 105 RAT (rapid antigen tests, the less reliable kind) and 424 RT-PCR (considered the more accurate COVID-19 test) had been carried out, and that a team of medical and government officials had been stationed at the quarantine centre housing the students.

“We’ll conduct a re-test on the seventh day. The school has been closed till October 20. There is no cause for worry, this is a proactive measure,” he added.

Of the students who tested positive, 14 were from Tamil Nadu and the rest from Karnataka.

One of the students had complained of vomiting and diarrhoea, after which a test was conducted.

On that student testing positive for the virus, COVID-19 tests were conducted for the whole school, including teaching and non-teaching staff, who number around 60.

“The children have been infected… so, at the behest of the school, we are taking our children home,” Shankar, a guardian of one of the students, told NDTV.

“I am going back to Bengaluru… 60 students have been infected here. I will be back on October 20,” a Class 12 student said.

Only schools in taluks where the positivity rate is below two per cent were allowed to re-open.

Under the new rules students had to submit a consent letter from parents or guardians to attend the in-person classes, and these were not compulsory since online classes continue to be held.

Karnataka on Wednesday morning reported 629 new Covid cases in the previous 24 hours, taking the active caseload to a little over 12,600. The positivity rate in the state is around .67 per cent.

With input from ANI