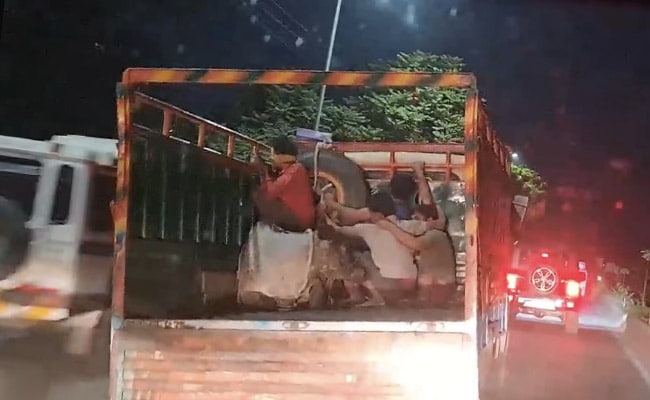 Five cattle smugglers were arrested from Gurugram near Delhi after a 22 km high-speed chase that involved the accused drive their truck with deflated tires and throw the animals out of the running vehicle as they were chased around the city.

The chase, officials said, started after the cow smugglers sped the vehicle when they were asked to stop while entering Gurugram from the Delhi border. The accused continued to drive the vehicle at high speed even as the tires of their vehicle were punctured by the cow vigilantes.

At several points during the 22 km chase, the smugglers threw the smuggled cows out of the running vehicle, possibly to divert the attention of the cow vigilantes.

This is not the first time that cow smugglers have spread terror in Gurugram.

The Haryana government has made strict laws against cow smuggling and has also formed a Commission for the protection of cows but despite these initiatives, cattle smuggling has been rising in the state.