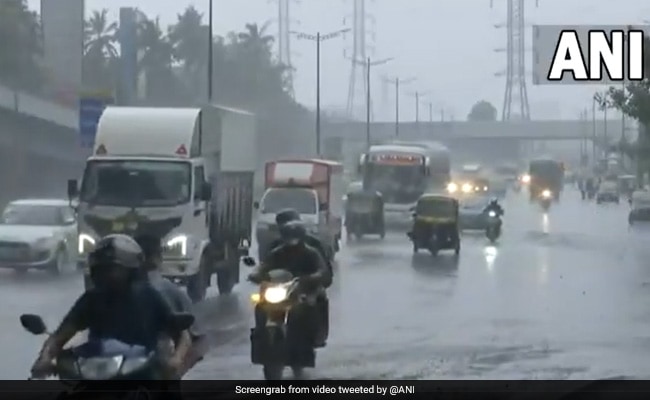 “Possibility of thunder/lightning accompanied with gusty winds in some areas,” IMD said

The India Meteorological Department (IMD) has predicted that intense to very intense spells of rain are expected to occur at isolated places in Mumbai and adjoining areas on Wednesday during the next 3-4 hours.

“Intense to very intense spells of rain very likely to occur at isolated places in the districts of Palghar, Thane, Mumbai, Nasik, Ahmednagar, Nandurbar, Dhule during next 3-4 hours,” IMD said.

“Possibility of thunder/lightning accompanied with gusty winds in some areas. Take precautions while moving out,” IMD further said.

Additional commissioner of Thane Municipal Corporation Sandeep Malvi said, “Due to cyclonic storm Gulab, heavy rain has been predicted in Palghar district, in view of which Palghar Collector Dr Manik Gursal appealed to the citizens to take proper precautions.”