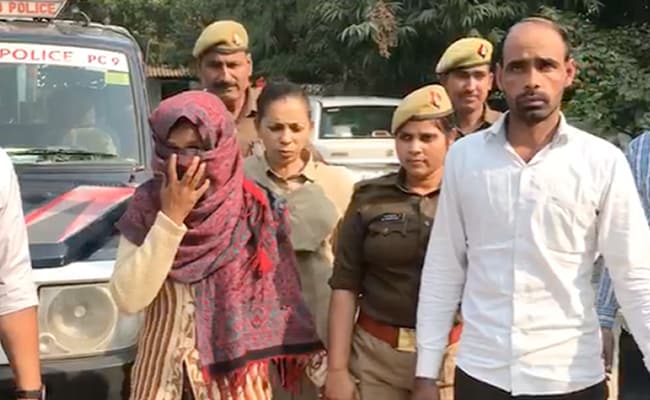 It took four years of investigation, but Ghaziabad police today pulled out a man’s body buried in a neighbour’s house, and claimed to have cracked the murder with the arrest of his wife and the neighbour with whom she had an affair.

The woman, Savita, had originally filed a kidnap case about her husband, Chandra Vir, in 2018. Throughout, she had been trying to deflect the blame on to his younger brother, police said.

“The Crime Branch recently got some leads and got to the nub of it,” said Diksha Sharma, Superintendent of Police (Crime), not sharing what exactly prompted a reinvestigation.

The murder case says the woman and her lover, Arun, shot and hacked her husband, and then buried him in a pit six to seven feet deep in Arun’s house, from where the decomposed body — reduced to a skeleton — was dug out today. 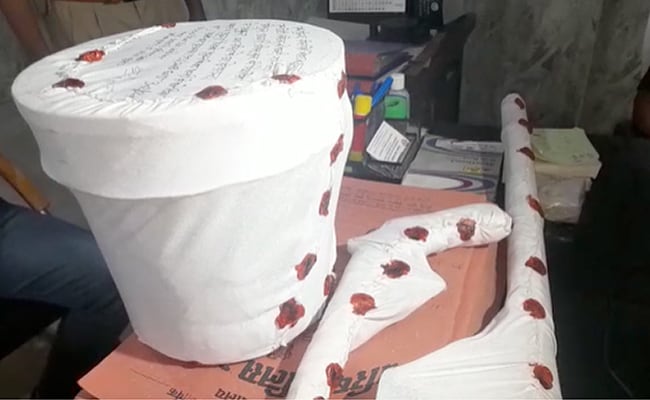 Weapons used in the Ghaziabad murder four years ago have been seized, police said.

After covering the pit with cement flooring, Arun had continued to live in the house.

The pit had been kept ready for some days before they found the chance to kill him, it is alleged. “They kept it deep so that there’s no stench,” the officer added, and said a pistol and an axe used in the murder have been found.

The murder came to light on a day when another murder was reported from Ghaziabad, and yet another from neighbouring Delhi.

In Ghaziabad’s Khushal Park area, the body of a man from Bihar’s Seetamarhi district with his throat slit was found at his house in the early hours of Saturday, police said.

In the Delhi case, a man allegedly strangled his live-in partner, chopped her body into 35 pieces and dumped them in Delhi’s Mehrauli forest over 18 days.