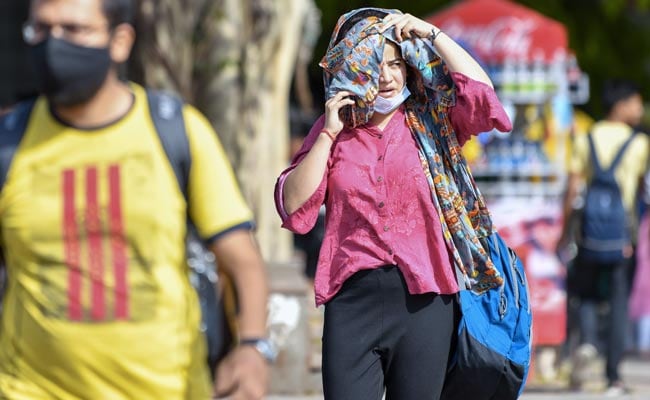 The maximum temperature in Delhi settled at 38.7 degrees Celsius on Tuesday, according to official data.

The relative humidity at 8:30 AM stood at 46 per cent and reduced to 16 per cent by 5:30 PM, according to data shared by the India Meteorological Department.

The minimum and maximum temperature on Wednesday are likely to settle at 19 degrees Celsius and 40 degrees Celsius, respectively, according to IMD data.

The air quality index (AQI) of Delhi was recorded in the ‘poor’ category (reading 228) in late evening, data from the CPCB showed around 9:45 PM.