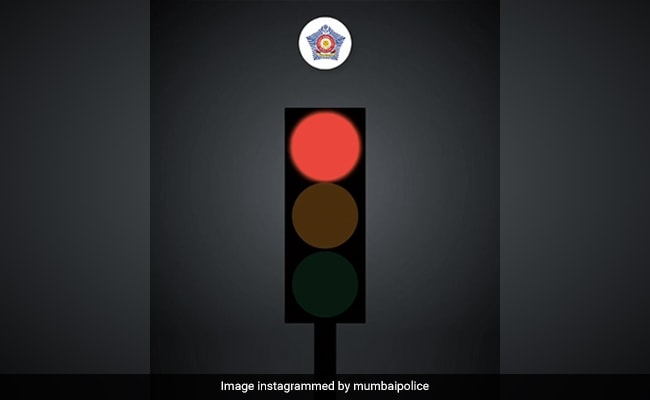 Within two hours of being uploaded, the post got over 5,500 likes and some really interesting comments.

Known for their ingenuity in spreading awareness on various issues, Mumbai Police have now taken to the viral social media ‘Don’t Rush Challenge’. They have shared their version of the challenge on their ‘gram, but with a twist. The new post has the clip of a traffic signal, with red, yellow, and green lights, and is captioned: “Don’t rush, slow down, Yellow and Red, slow down. Don’t rush.” The remix featuring Ans and Jordan plays out in the background. The ‘Don’t Rush Challenge’, which began earlier this year, has got celebrities and Instagrammers hooked.

Within two hours of being uploaded, the post got over 5,500 likes and some really interesting comments. While a user felt it was “epic” and wanted to know the “person behind this”, a second one commented that the “admin is a legend”. Another wrote the “creativity”, while the fourth said “damn”.

In India, actor Vicky Kaushal was among the first to popularise the challenge. He was followed by South Indian actress Samantha Akkineni, who gave a fitness spin to the track. A few days ago, Baahubali star Tamannaah joined the list of celebrities who took up the challenge. However, Tamannaah enjoyed eating a mango as the track played in the backdrop. Actress Amyra Dastur, too, added a bit of fun to the challenge by dancing in heels.

Even in the past, Mumbai Police have aced the social media game. A few days ago, they trolled hackers using a Dondurma – ice-cream that doesn’t melt easily or drip – video. The clip shows a vendor teasing an irritated customer who has been waiting to grab an ice cream. The caption read: “Hackers attempting to get into accounts with strong passwords.”

On April Fool’s Day, they had a funny take on those flouting COVID-19 norms. Their Instagram post had a picture that read: “The pandemic is over.” However, the caption makes it clear what they mean. It read: “Thinks that fool roaming without a mask.”

Before that, they added a creative twist to the hit 1990s track, ‘Aaj main upar, aasmaan neeche’ from the film Khamoshi, to spread another message about COVID-19. The image featured the virus with a thought bubble that says: ‘Aaj main upar cuz mask hai neeche’.