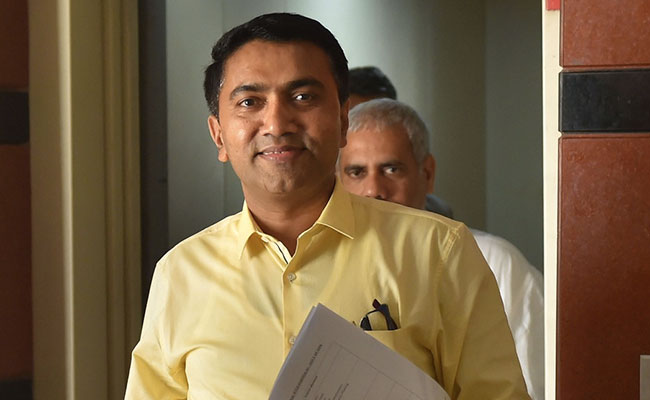 Goa Chief Minister Pramod Sawant today said unemployment figures cited by the NITI Aayog for the coastal state were inaccurate as several persons registered with the local employment exchange had not cancelled their names after getting jobs.

The opposition Congress and Nationalist Congress Party accused him of trying to prove the NITI Aayog wrong in a possible bid to hide his government’s failure to provide jobs to people.

“The NITI Aayog has stated there are 1.10 lakh unemployed youth in Goa. The figure is not correct. Some 80,000 are already employed but have not cancelled their names in the employment exchange because they are waiting for a government job,” the Chief Minister said.

“The names of some government servants also figure in the list. As per our information, only 20,000 youth are unemployed. The state government will work out a system to cancel the names of people who are already employed,” Mr Sawant added.

The opposition Congress and the Nationalist Congress Party slammed the Chief Minister for his statements on the unemployment situation in the state.

He said Mr Sawant was “mocking” his own government by claiming the data maintained by the employment exchange was faulty.

“I appreciate his honesty. What can you expect from a person who has taken lessons on shakhas,” Mr Patkar further said.

NCP national spokesperson questioned if Chief Minister Sawant, through his statement, was saying the “Aayog is not doing its job correctly”.

Crasto said the Goa government had either failed to provide correct data on jobs and employment to the Union government or was hiding the situation by claiming people had got jobs elsewhere and had not cancelled their names at the employment exchange.

The NCP leader said Mr Sawant must make the names of these 80,000 names public and also correct the data available with the employment exchange.

“If not, it will mean CM Pramod Sawant is trying to prove the NITI Aayog wrong only to hide his government’s failure to provide jobs to the people of Goa,” he alleged.

Meanwhile, on Wednesday, Mr Sawant held a meeting with NITI Aayog member Dr VK Saraswat in the presence of the state’s chief secretary and other officials here.After the meeting, Sawant tweeted the NITI Aayog lauded the Goa Electric Mobility Promotion policy, adoption of emerging technologies and other policies.

“The NITI Aayog elaborated on how it can support the state under State Support Mission. With enhanced coordination and advisory support from NITI the state surely can develop in multiple sectors,” the Chief Minister had further tweeted.