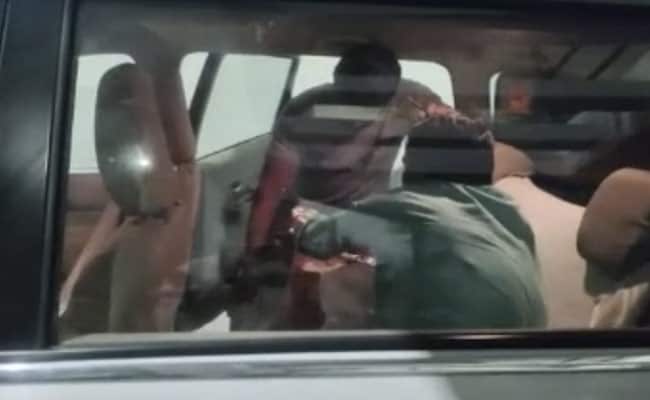 Noida Police arrested eight people after cash of over Rs 2 crore was recovered from a car in the Sector 58 area on Thursday evening.The cash is suspected to be for hawala business and the counting of seized cash is still being done, the said police.

The arrested people have been identified as Jayanti Bhai from Ahmedabad, Sandip Sharma from Delhi, Vinay Kumar from Delhi, Abhijeet Hazra from North West Bengal, Rohit Jain from Noida Sector-56, Vipul from Delhi, Minesh Shah from Mumbai and Anuj from Indore.

Soon after the recovery by the police, the officials from the Income Tax Department reached the spot.

“It is expected that Rs 2 crore was being taken for the hawala network. The interrogation of all the detained people is going on,” said police.

The police had received information about the possible deal of hawala in Sector 55.

“The police station Sector 58 got information that some people doing hawala business are coming to do a deal in Sector-55, who have a lot of cash. The police team from Sector 55 Noida took quick action on the information and arrested eight people,” said police.

The counting of recovered cash will be done by the Income Tax Department after inquiry.

“Investigation and necessary action is being taken in relation to the cash recovered by the police and the missing persons,” the police added.

Further investigation is being carried out. More details awaited.