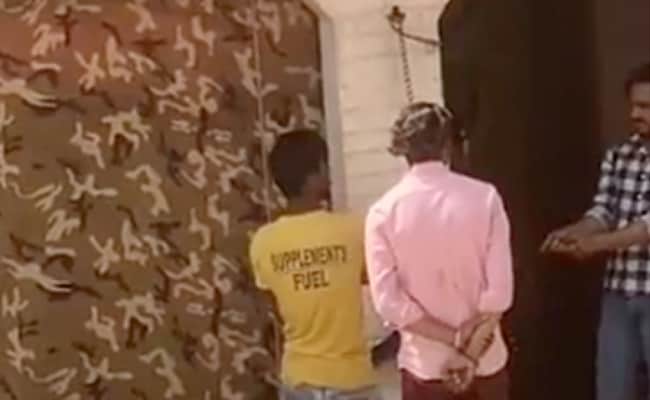 A case has been filed against the owner for the cruelty.

Two men are seen pulling a chain tied to a dog’s neck to hang it from a wall, in a shocking video that has been widely shared on social media. The animal’s owner, seen in the video, subjected the pet to the cruelty as it was unwell, police said.

Another man was seen walking into the disturbing scene and casually talking to the other two men.

The incident happened nearly six months ago in the Ilaichipur area in Ghaziabad’s Loni but the police only took note of it after the clip went viral. A case has been filed against the owner for the cruelty.

The video is not being reproduced here due to its disturbing nature.

“The owner said the dog was killed because it was unwell. A case has been registered against the owner and strict action will be taken,” said superintendent of police (rural) Iraj Raja.

Delhi Commission for Women chief Swati Maliwal condemned the brutality against the animal. “I am very upset after watching the video. Brutality against animals is increasing each day. Humans are losing humanity,” she tweeted.

“There is a need to make strict laws to protect animals. Strict action should be taken against these monsters,” Ms Maliwal added.