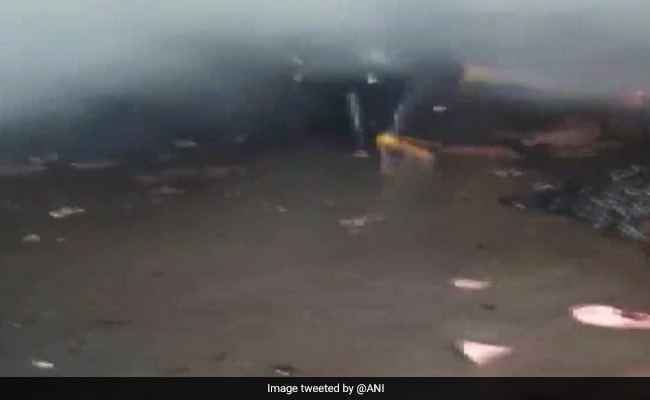 Eight fire brigade vehicles were the rushed to the spot, officials said.

One person was killed and two others were injured after a fire broke out at a small unit involved in making cake firework candles at an industrial estate in Maharashtra’s Pune district on Thursday, officials said.

According to fire brigade officials, they got a call at 10.20 am about the blaze at the unit located in Bhau industrial area on Sinhagad Road.

Eight fire brigade vehicles were the rushed to the spot, they said, adding that the flames were brought under control after about two hours.

“One person was killed in the blaze,” a police official said, adding that two other persons received minor injuries while escaping from the unit.

The deceased was identified as Dattanand Digambar Sonawane (40), the official said.

According to police, there were 16 labourers in the unit and they managed to escape, while Sonawane got trapped.

A police official said they were collecting more information about the deceased and according to primary information, he was the owner of the unit.

“As per preliminary information, Sonawane was mixing some firework material to be filled in cake candles. A bulb was lit over the mixture which might have generated heat, resulting in a blast followed by the fire,” the official said