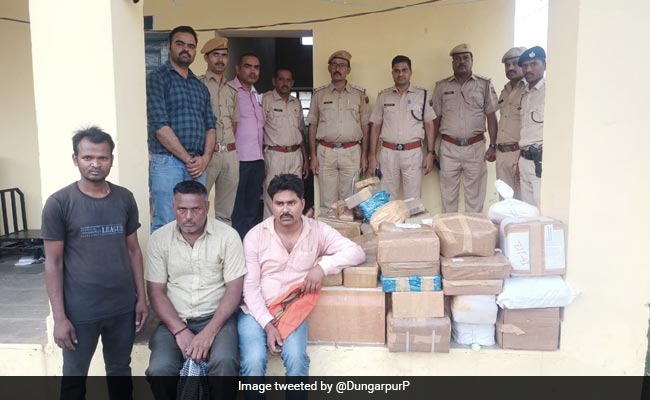 Rajasthan silver seizure: Police intercepted the private bus on its way to Ahmedabad from Agra.

Police have seized 1,321 kg of silver and other jewellery items along with Rs 56 lakh in cash from Dungarpur district, officials said Monday.

Acting on a tip-off, a police team intercepted a private bus going to Ahmedabad from Agra on Sunday night and recovered silver bricks and gold ornaments during the search, they said.

“When the bus driver could not give a satisfactory reply and could not produce documents related to the consignment, a total of 1,321 kg silver was seized along with other ornaments and cash of Rs 56 lakh,” DSP Rakesh Kumar Sharma said.

He said apart from silver, 173 kg pearls, 210 grams of gold and other jewellery items were recovered from the bus.

The consignment was loaded in Agra and had to be delivered at different locations, DSP Sharma said.

The matter is being further investigated, he added.

In a similar action last Friday night, police had seized over 1,200 kg of silver bricks and ornaments worth Rs 8 crore from Rajasthan’s Udaipur district.