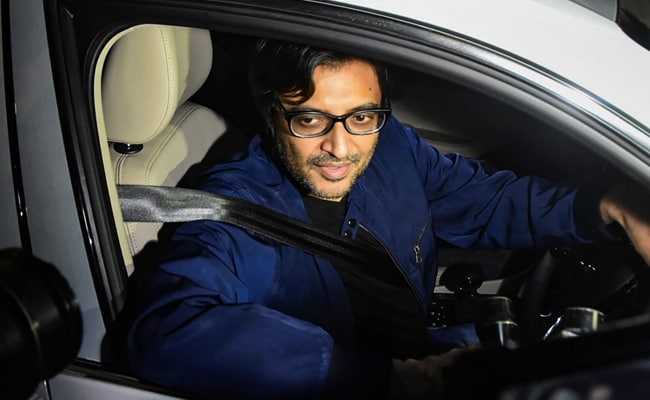 The Maharashtra Legislature on Tuesday extended the time for privileges committee to submit its report on breach of privilege notices against Republic TV’s Editor-in-Chief Arnab Goswami and actor Kangana Ranaut till the last day of the next Legislature session.

Leader of Opposition in the Legislative Council Pravin Darekar opposed the proposal to extend the time, but MLC Ashok alias Bhai Jagtap of the ruling Congress countered him.

Shiv Sena MLA Pratap Sarnaik submitted the breach of privilege notices against Goswami and Ranaut to the office of the state Assembly Speaker on September 7.

Mr Sarnaik had a bitter exchange with Kangana Ranaut in the past after she compared Mumbai to Pakistan-occupied Kashmir (PoK).

The MLA had also sought re-opening of an alleged “abetment to suicide” case of 2018 in which Arnab Goswami was arrested by Mumbai Police recently. Mr Goswami is currently out on bail.

On the same day, Jagtap also submitted a notice against Ms Ranaut over her “PoK” remark.

BJP leader Sudhir Mungantiwar, speaking in the state Assembly on Tuesday, wondered if the scope of breach of privilege is being expanded.

“When was the notice accepted and converted into a motion? Was the due process, of 29 members standing in favour of the notice on the floor of the House, followed?” he asked.

He said the breach of privilege was to be used against those creating hurdles in functioning of the House.

BJP MLA Atul Bhatkalkar said “why use the Legislative Assembly when defamation laws are there to take action against certain individuals”.

State Food and Civil Supplies Minister Chhagan Bhujbal said the business listed on the agenda was only to grant extension to the privileges committee to submit its report.

The privileges committee chairman, Deepak Kesarkar, said the notices were accepted by the Chair and forwarded to the committee.

“Any discussion on this issue is encroachment of the Speaker’s rights,” he said.

State Parliamentary Affairs Minister Anil Parab said all legislators have special privileges, and “what is their use if they are not used”.

Assembly Speaker Nana Patole said Uddhav Thackeray is the chief minister and head of the state.

“It is not a matter of individuals but the post, and any insult of the post is insult of the state and the Legislature,” he said.

In the Council, Mr Darekar opposed the proposal to extend the time for the privileges committee to submit its report.

“It cannot be a breach of privilege…because we know the reason. The court has passed strictures on the government’s action against Goswami,” Mr Darekar said.

“The notices of breach of privilege against Goswami and Ranaut stem from political motive. Hence, I request the (Council) Chairman not to grant the extension and give a decision on the same at your level,” he said.

Jagtap countered Mr Darekar, contending what the BJP leader said was “half-truth and not the complete truth”.

“The Supreme Court has nowhere in its decision said that there cannot be a breach of privilege,” Jagtap said.

The Congress leader also charged opposition members with committing the “sin” of supporting Kangana Ranaut, who had compared Mumbai with PoK.