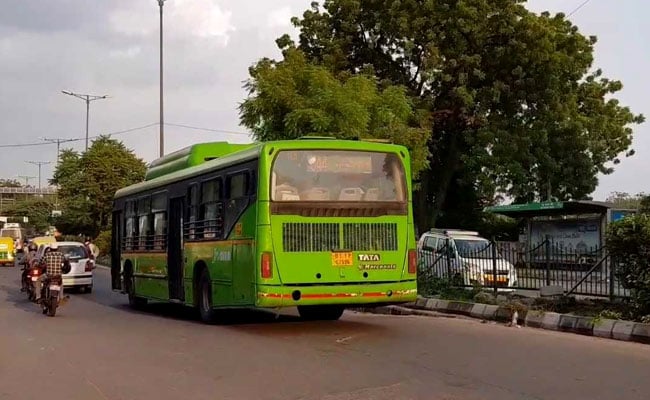 After the robbery, robbers de-boarded the bus and fled. (Representational)

The accused have been identified as Pradeep, 28, Sugam, 23, and Abhishek, 23, all residents of Kalyanpuri, they said.

Police were informed about a robbery near Chand cinema road in an RTV bus on Friday around 7 pm.

Deepak, 25, one of the passengers, said that he had boarded the bus from Chand Cinema for Super Shine Chowk along with other passengers.

Around 6.30 pm, when the bus reached near 21 Block Kalyanpuri, three men armed with knives, boarded the bus and robbed several passengers of their mobile phones, purse, bags etc, the officer said.

After the robbery, they de-boarded the bus and fled, police said.

Police later arrested all three men on the basis of technical surveillance and information from their network.