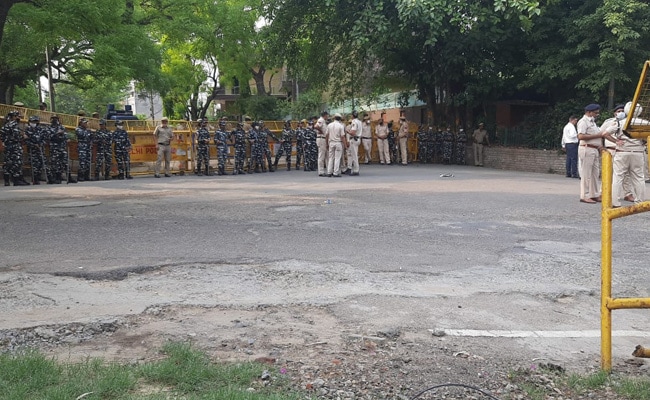 A day after Delhi BJP leader Tajinder Bagga was arrested by Punjab Police, party workers protested outside the home of Delhi Chief Minister Arvind Kejriwal, whose Aam Aadmi Party, or AAP, is in power in Punjab.

Mr Bagga reached his home in Delhi on the intervening night of Friday and Saturday after he was detained by Punjab Police in the national capital yesterday.

A special branch of the police has been activated to provide security around the Chief Minister’s home in anticipation of the protest, news agency ANI reported.

Leaders of the AAP, which has lately been accused of using the Punjab Police to target political rivals and critics of Mr Kejriwal, have defended the action against Mr Bagga and said the BJP leader was taken into custody after he refused to cooperate in a probe against him and ignored five notices.

The police team from Punjab, while taking Mr Bagga to the state from Delhi, was stopped by their counterparts in Haryana, a BJP-ruled state, and Mr Bagga was handed over to the Delhi Police, which comes under the Union Home Ministry headed by BJP’s Amit Shah.

Mr Bagga alleged the Punjab Police team did not show him any warrant before picking him up.