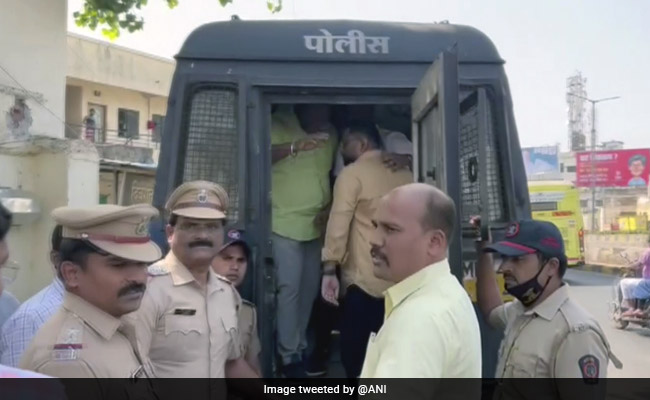 Loudspeaker row: Earlier on Wednesday, Raj Thackeray had reiterated his protest against loudspeakers.

A total of 150 Maharashtra Navnirman Sena Party workers were arrested in Nashik district of Maharashtra for creating “communal tension” in the district, informed local police officials.

The arrests are part of ‘Preventive actions’ undertaken by the state police to maintain a law and order situation amid MNS chief Raj Thackeray’s appeal to play Hanuman Chalisa on a loudspeaker outside mosques.

“150 MNS workers have been arrested so far for creating communal tensions in Nashik. Preventive actions are being taken against those involved in such activities. Police have been deployed in all sensitive spots to ensure law and order situation,” said BG Shekhar Patil, Inspector General of Police, Nashik on Wednesday.

Over the issue of removal of illegal loudspeakers, IGP said, “We are taking action as per rules laid down by the law. If there is any loudspeaker in operation without the permission of authorities then action will be taken against them.”

Earlier on Wednesday, Raj Thackeray reiterated his protest against loudspeakers and said that “Hanuman Chalisa will continue to be played outside mosques till the time government acts and address the issue in accordance with the Supreme Court guidelines on loudspeakers.”

“As far as I know, there are over 1,140 mosques in Mumbai. Out of these, 135 mosques played azaan at 5 am violating the guidelines. We want peace in the state. I want to ask the police, you are taking action only against our workers. My point is that all illegal loudspeakers should be removed from mosques, until they are removed we will continue our agitation,” said Raj Thackeray.

“MNS leaders will continue to play Hanuman Chalisa outside mosques at the time of Azaan until all illegal loudspeakers will be removed,” he added.

The loudspeakers row started when the MNS chief on April 12 gave an ultimatum to the Maharashtra government to remove loudspeakers from mosques by May 3, failing which, he warned, MNS workers will play Hanuman Chalisa on loudspeakers.

A case was filed against Raj Thackeray on Tuesday when he appealed to people to play Hanuman Chalisa on loudspeakers in the areas where loudspeakers are used for ‘Azaan’.