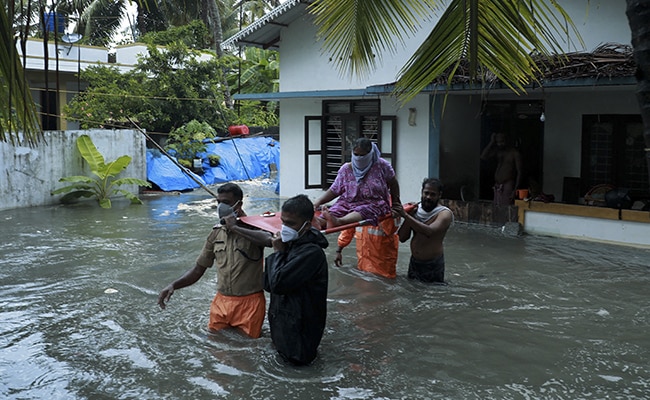 Cyclone Tauktae is set to intensify into a “sever cyclonic storm” over the Arabian Sea within a few hours and cause heavy rain and gusty winds to hit parts of the western coast, including Mumbai and Thane in Maharashtra, before reaching Gujarat coast by Tuesday. The India Meteorology Department (IMD) has issued a ‘Yellow Alert’ for Mumbai and Thane, meaning civic authorities must remain “updated” on the developing situation and prepare for the possible hazardous conditions.

The National Disaster Response Force (NDRF) has stationed over 50 teams in Kerala, Karnataka, Tamil Nadu, Maharashtra and Gujarat. It has stationed three teams in Mumbai, which is just trying to get back on its feet after a massive COVID-19 surge over the past few weeks, to assist civic authorities in relief operations. The cyclone, the first to hit the Indian coast this year, is expected to reach Mumbai tonight or early tomorrow and pass the coast at a distance, so minimal damage is expected.

Mumbai Mayor Kishori Pednekar said preparations are already underway for the coming cyclone and the Bandra-Worli Sea link will remain shut for traffic on Saturday and Sunday. She also said at a press conference that nearly 100 lifeguards have been deputed as a precautionary measure at beaches for emergency rescue and related operations and fire brigade teams are also on stand-by. The mayor also said authorities are trying to shift people in areas likely to be affected by the cyclone.

We have been alerted that the cyclone may affect us on 15th and 16th May. So we are doing our efforts along the coastline areas. We are trying to shift people who are prone to be affected by this cyclone in Mumbai limits: Mumbai Mayor Kishori Pednekar #CycloneTauktaepic.twitter.com/oCLkZ9XJxa

For those being treated for COVID-19 at dedicated healthcare facilities, centres, Ms Pednekar said all jumbo COVID centres have been asked to remain on standby and patients will be shifted to other safer places if there is a need. “We are watching the situation closely,” she added.

All Jumbo COVID centres have been asked to remain on standby & if needed, patients to be shifted to other places. By afternoon we will have an update about this if patients nees to be shifted. We are watching the situation closely: Mumbai Mayor Kishori Pednekar #CycloneTauktaepic.twitter.com/j1MfYLSwUc

Southern and central Maharashtra districts including those in Konkan region — Ratnagiri, Sindhudurg, Kolhapur, Sangli and Satara — have been placed under ‘Orange Alert’ for Saturday and Sunday, which means the weather could be more severe in these areas.

On Friday, Maharashtra Chief Minister Uddhav Thackeray held a meeting with senior officials to review the preparation by civic authorities. He asked the district administration of coastal districts to remain vigilant and well-equipped to deal with any situation. Fishermen have been asked to avoid heading into the high seas till Tuesday.

Wanted Criminal Arrested After Encounter In UP: Police