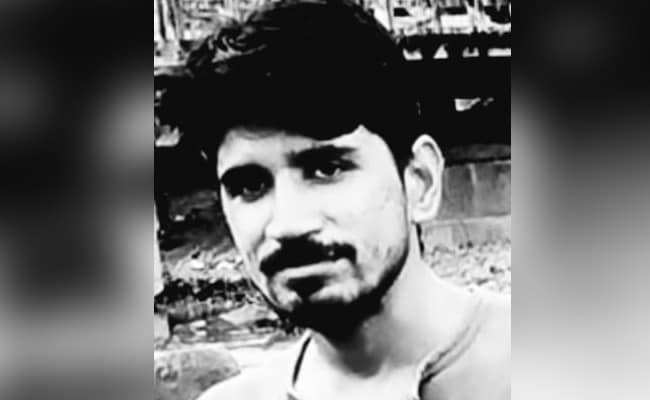 A case was registered against a 27-year-old man late Saturday night for allegedly causing a devastating fire at a three-storey building in Vijay Nagar locality in Indore city which claimed seven lives, police said.

Shubham Dixit (27), the accused, allegedly torched a vehicle which belonged to a woman who had spurned him, police said.

After he set fire to the vehicle in the building’s parking area early Saturday morning, the flames spread and engulfed the building, said a police official, adding that police have launched a manhunt for Dixit.

Earlier, the police had said the fire started due to a short circuit on the ground floor. Citing eyewitnesses, Vijay Nagar police station’s inspector Tehzeeb Qazi had said a short circuit in the electric meter triggered the fire which soon engulfed the vehicles in the parking area before spreading to the floors above.

Some residents even jumped off the balconies of their flats or the terrace and saved themselves, though they received injuries in the process.

Expressing grief over the incident, Madhya Pradesh Chief Minister Shivraj Singh Chouhan ordered a probe into it and announced an ex-gratia of Rs 4 lakh to the next kin of each deceased. The blaze erupted between 3 am and 4 am in the building located in Vijay Nagar’s congested Swarna Bagh Colony area which has narrow approach lanes, officials said.

Deputy Commissioner of Police (DCP) Sampat Upadhyay said that a couple, Ishwar Singh Sisodia and his wife Neetu Sisodia, were among the seven killed in the fire.

The couple lived in a rented flat in the building as their new house was being constructed nearby, he said.

The deceased included one more woman, who has been identified as Akanksha, DCP Upadhyay said, adding that nine persons were injured in the incident.

There were several flats on the three floors of the building, which were occupied, he said.

“After the fire broke out, the area around the building’s main door on the ground floor and the staircase got enveloped in flames and black smoke, while the door that led to the terrace from the third floor turned extremely hot, due to which most of the people got trapped inside the building. Some people rushed to the balcony of their flats to save themselves,” the DCP said.

Akshay Solanki, an onlooker, said, “Afterwards, two to three bodies were brought out of the building. They were charred beyond recognition.

He alleged that the fire brigade personnel reached late. “Had they arrived in time, lives could have been saved,” he said.

Some videos which went viral on social media showed flames and thick smoke enveloping the building, causing sparks in the electricity cables with people crying and screaming for help before fire tenders reached the scene.

Local people could be seen making futile attempts to put out the fire with buckets of water.

Inspector Qazi said the fire tenders had a tough time reaching the building due to the narrow alley.

Firefighters rescued the people trapped inside and brought the fire under control, he said. “They stopped the blaze from spreading to nearby areas,” he added.

Most of the victims died due to asphyxiation, he said.

Chief Minister Chouhan said in a tweet, “I have ordered a probe, guilty will face tough action. Families of the deceased would be paid Rs 4 lakh each.” According to eyewitnesses, no fire safety set-up was in place in the building.

When asked about this, police commissioner Mishra said an FIR will be registered against the owner of the building under Indian Penal Code section 304 (culpable homicide not amounting to murder).