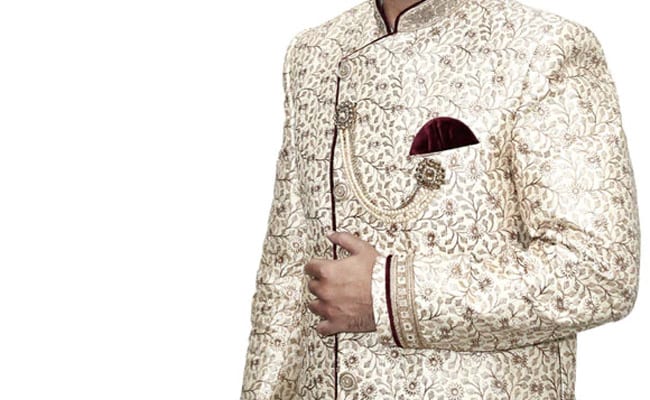 Relatives of the bride insisted that the groom wear a ‘dhoti-kurta’, and not the ‘sherwani’.

A tribal groom wearing a ‘sherwani’ at his wedding led to a dispute between his and the bride’s family in Madhya Pradesh’s Dhar district, following which people from the two sides allegedly threw stones at each other and indulged in a violent clash, police said on Monday.

The incident took place in Mangbaeda village on Saturday after relatives of the bride insisted that the groom wear a ‘dhoti-kurta’ during the marriage rituals, as per their tribal tradition, and not the ‘sherwani’.

“The groom Sundarlal, a resident of Dhar city, was wearing a ‘sherwani’, while the bride’s relatives insisted that the marriage rituals be performed in ‘dhoti-kurta’,” Dhamnod police station in-charge Sushil Yaduvanshi said.

This led to a heated argument between the two sides and resulted in a violent clash, he said.

Members from both the sides later lodged police complaints, based on which a case was registered against some persons under Indian Penal Code Sections 294 (obscene act), 323 (voluntarily causing hurt) and 506 (criminal intimidation), the official said.

However, groom Sundarlal later told reporters that there was no dispute with the bride’s family, but claimed some of her relatives were involved in assaulting people.

“The dispute started over the attire. I only want action against those who were involved in assault and stone-pelting,” he said.

After the incident, a large number of people, including women, reached Dhamnod police station and staged a protest.

Some women at the police station alleged that stones were hurled at them by the bride’s relatives, causing injuries to some people.

Later on Saturday, the families of the bride and the groom reached Dhar city and completed the marriage rituals, family sources said.