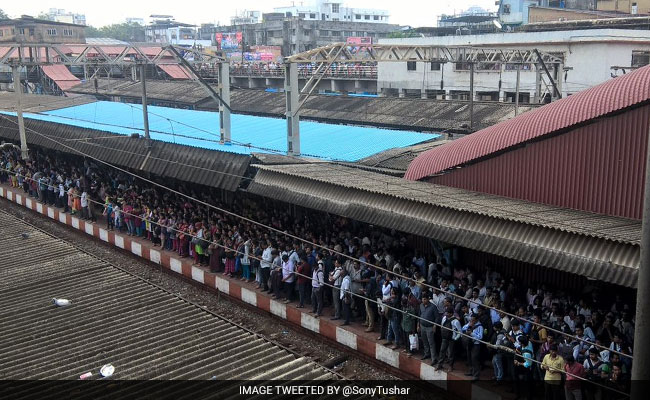 Fast locals were reported to be delayed by 15 minutes, officials said. (Representational image)

Local train services of the Western Railway were delayed due to a technical snag during the Monday morning rush hour, affecting several commuters, mostly office-goers, many of whom got down from trains and started walking along the tracks to reach their offices.

According to a Western Railway (WR) official, due to an overhead electric wire breakdown between Dahisar and Borivali around 5.50 am, all up trains were diverted through the local line.

Due to this, the fast locals were delayed by 15 minutes, he said, while expressing regret over the inconvenience caused to commuters.

As some local trains halted en-route due to the snag, a number of passengers got down from the coaches and started walking along the tracks to reach their destinations.

Some pictures of commuters walking along the tracks went viral on social media platforms.

The technical problem was rectified at 7.23 am, the official said, adding that trains later resumed their normal operations.