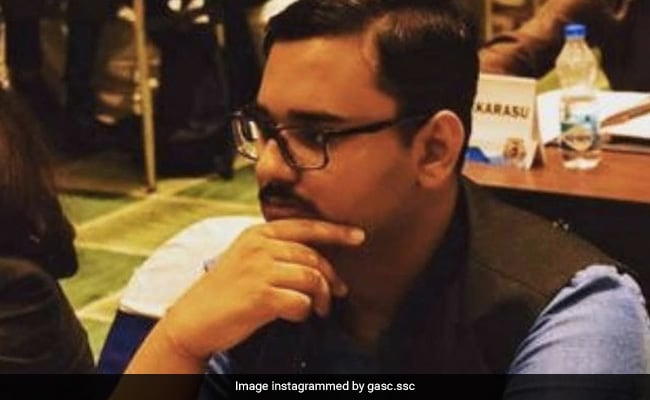 Satyam Jha was on ventilator support for a week, informed the Gandhi Ambedkar Study Circle

A first-year student of Delhi University’s St Stephen’s College died of COVID-19 at a private hospital in Kota, Rajasthan on Tuesday. “A young man looking forward to life, expectantly,” Satyam Jha, 18, was remembered by his college principal John Varghese in a heartfelt note on the college website.

“The claims of belligerent and blind leaders who are immune to the suffering and deaths of simple people also show that we are veering off dangerously to becoming a cruel and insensitive race. How do all those claims of power and importance matter before the death of a loved one? Nothing,” he wrote.

Satyam, a student of BA (Honours) History, had left Delhi for Kota in the last week of April for some family work and had been attending online classes due to the pandemic, reported news agency Press Trust of India.

“His dreams and those of his parents and all who loved him came to an end with his death. His soul though, we pray, hope and believe, rests in eternal peace,” read an excerpt from the statement by the principal.

He was on ventilator for a week, the Gandhi Ambedkar Study Circle – a student-led society of St Stephen’s College, said in a message.

He was recently elected as a council member of the study circle.

“A one-of-a-kind person meticulous, sharp and humble, with extraordinary skills and kindness,” Mr Jha was described by the student-led society.

“Rest In Power Comrade,” the Students’ Federation of India (SFI) paid tribute to the young student in a statement on Twitter.

Delhi, which has been witnessing a steady decline in the daily coronavirus cases since the last few weeks, recorded 1,072 new infections and 117 new deaths on Thursday.