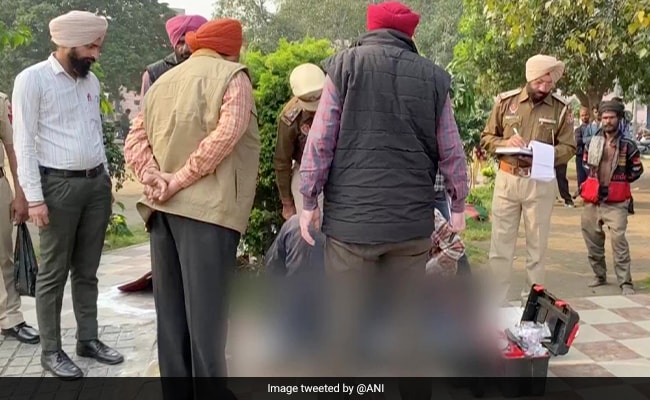 The body of an unidentified man was found stuffed inside a suitcase outside the railway station in Punjab’s Jalandhar today, the police said.

The police said they received information about an abandoned red colour suitcase lying outside the Jalandhar Railway station at around 7 am.

The body has not been identified yet, the police said.

While scanning the CCTV footage, the police found a man leaving the bag outside the station, they said, adding that further investigation is being carried out.

13 mins ago ABHIJEET KATIYAR
We use cookies to ensure that we give you the best experience on our website. If you continue to use this site we will assume that you are happy with it.OkNoPrivacy policy