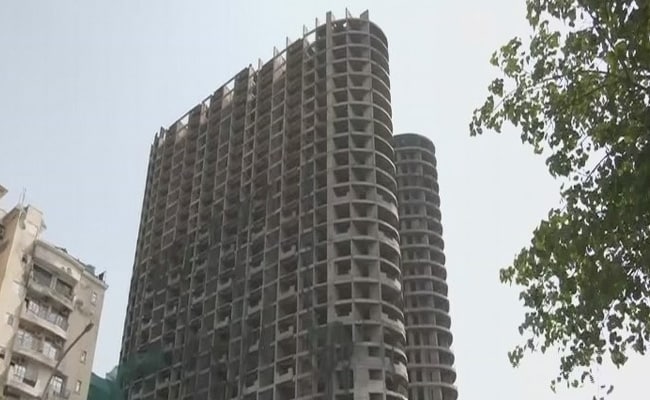 The Supreme Court had ordered the demolition of Supertech’s Apex and Ceyane on August 31 last year.

A test blast to demolish the illegally built Supertech twin towers was carried out this afternoon by the Edifice Engineering and Jet Demolitions, which has been roped in by the Noida authority to demolish the property.

As per the advisory issued earlier, residents of nearby societies were requested to stay indoors during that period.

According to officials, the actual demolition of Supertech’s Apex and Ceyane towers will take place on May 22 but the test blast was being carried out to ascertain the amount of explosives needed for the demolition.

Up to four tonnes of explosives could be used to raze down the illegal Supertech twin towers in Noida and the implosion of the nearly 100-metre tall structures on May 22 would take just nine seconds, according to officials.

Also, around 1,500 families living in close vicinity to the towers located in sector 93A would be moved out of their homes for around five hours when the implosion takes place at 2:30 pm on May 22, they said.

The Supreme Court had ordered the demolition of Supertech’s Apex (100 metre) and Ceyane (97 metre) on August 31 last year as the twin towers had come up in violation of building norms.

The Supreme Court had also rapped the local Noida Authority for approval of the project under its watch.