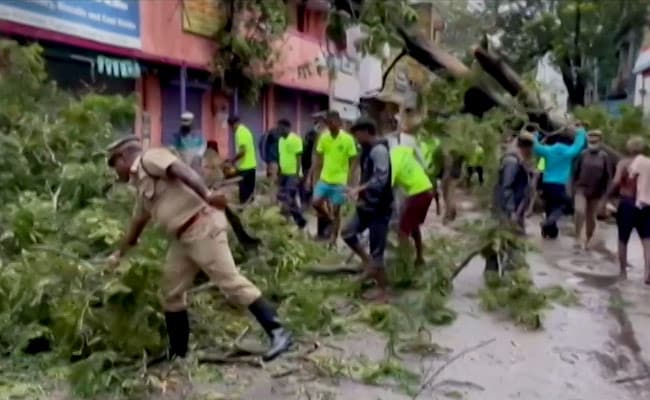 Over a few hundred kilometres of roads used as busy bus routes in Chennai remain battered following more than 50 cm of rain that pounded the city over the last week. The civic body has begun assessment even as patchwork has begun to help commuters.

Rahul, a young graduation student at Alwarpet, says, “With water all over, the damaged roads have become a risk”. He adds, “My father has not permitted me to use bikes as roads are unsafe now”.

Further down in Ram Nagar, a traditional low lying area built over a lake, the Velayyudans have had no electricity at their home for the second day. Their neighborhood is inundated.

Working from home, V Gayathri, an e-publisher, is missing deadlines. She says “It’s so worrying. I have told my clients to give some more time explaining the scenario”.

Most closed roads and subways are now open for traffic in the city. However, schools and colleges remain shut for the fifth day. Chennai has lost close to five hundred trees as well.

In five delta districts, farmers have suffered huge crop losses. Chief Minister M K Stalin has constituted a panel of ministers to assess the damage, after which the rain battered state would seek central assistance.

In Chennai, 2,699 people from rain-hit areas have been sheltered in 44 relief centres by corporation authorities and a total of 28,64,400 packets of food have been distributed to them over the past six days, news agency PTI reported.

Tamil Nadu has recorded more than 50 per cent excess rainfall (as compared to historical average) between October 1 and November 10. During this period rainfall in the state was 38 cm, which is 52 per cent above normal. Chennai received 61 cm of rain in the same period, against a historical average of 41 cm.

Watch: Kuldeep Yadav Takes Hat-Trick For India A Against New Zealand A