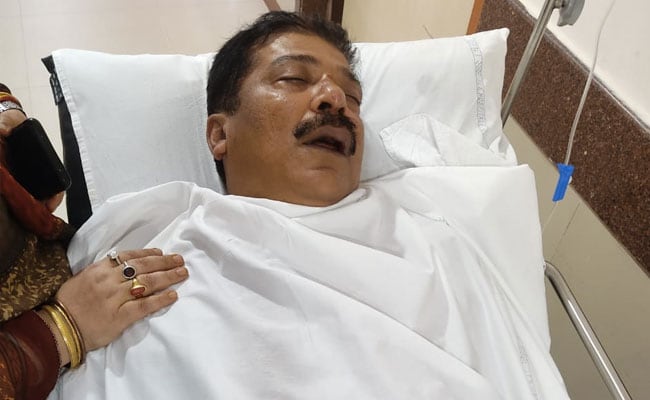 He has been admitted to a private hospital for treatment.

Sudip Roy Barman, the Congress candidate for the June 23 Tripura by-elections, was injured after a group of men attacked him last night at Ujan Abhoynagar in Agartala, officials have said.

He has been admitted to a private hospital for treatment.

Party sources say Sudip Roy Barman, who is contesting from Agartala, was in Ujan Abhoynagar to meet a supporter as part of his campaign when he was attacked

The suspects also vandalised Sudip Roy Barman’s car and Congress flags after attacking him, officials added. The party has blamed the ruling BJP for the attack.

Mr Barman had quit the BJP earlier this year to join Congress.

Mr Barman was the health minister in the BJP government but was dropped from the cabinet for “anti-party activities”. He had been the MLA of the state capital from 1998 till his resignation in February this year.

Earlier, a security personnel and the driver of Mr Barman were attacked by some unknown men on May 2.

By-elections to the four assembly seats in Tripura will be held on June 23 and votes will be counted on June 26.