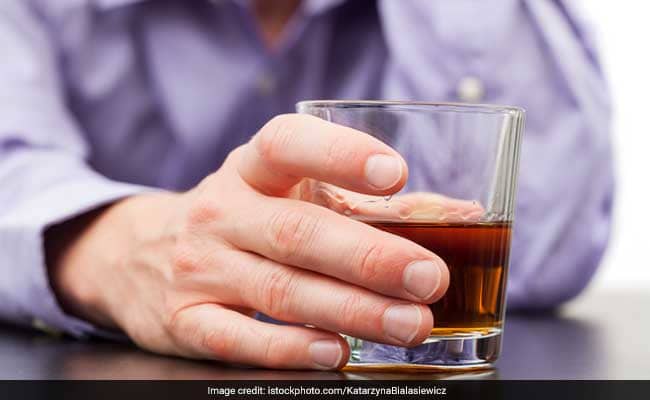 The man claimed the bottles contained water instead of liquor. (Representational image)

A 42-year-old man from Ujjain in Madhya Pradesh has complained to authorities about a shop allegedly selling him adulterated liquor as he did not get a “kick” after consuming it, following which the excise commissioner here has asked officials to conduct a probe into the matter and take action accordingly.

Lokesh Sothia, a resident of Bahadur Ganj area in Ujjain, in his complaint said he bought four sealed ‘quarter’ bottles of country liquor from a shop on April 12.

“My friend and I consumed liquor from two of those bottles (each of 180 ml), but I did not feel high (intoxicated),” Sothia, who operates a parking lot, told PTI.

The man claimed the bottles contained water instead of liquor.

“I have kept the two other bottles intact, to be submitted as proof when required. There had been reports of adulteration in food, oil and other things, now it is being done in liquor as well. This is very disturbing. I am going to move the consumer forum,” Sothia said, adding that he has been consuming liquor for last two decades and is “well aware of its taste and quality”.

The man said he has sent a complaint to Madhya Pradesh Home Minister Narottam Mishra and Ujjain Excise Commission Inder Singh Damor about the “adulterated liquor” sold to him.

When contacted, Damor told PTI on Saturday that he has asked an official to look into Sothia’s complaint. “After the probe, action will be taken accordingly,” he added.

Sothia’s lawyer Narendra Singh Dhakde said they would file a cheating case in a consumer forum.

“My client runs a paid parking lot. He has been drinking for many years and knows the difference between genuine and fake liquor,” the lawyer said. PTI COR LAL GK GK

Kylian Mbappe Convinced He Can “Keep Improving” At PSG