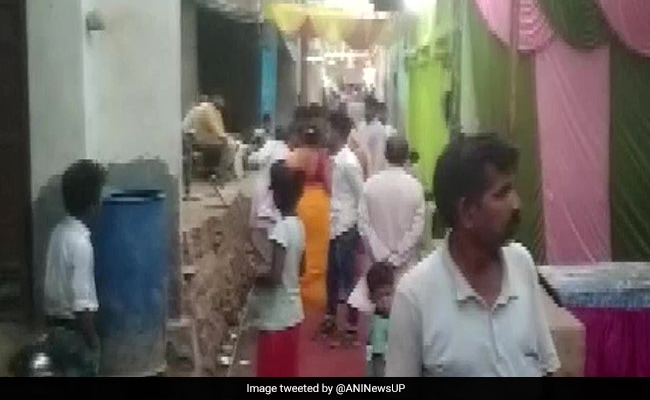 Bridge shot dead in UP: Police said they’re probing the matter from all angles.

A bride was shot dead allegedly by her lover at her wedding ceremony in Mathura’s Mubarikpur village of Naujheel area on Friday.

The bride, Kajal, was shot dead soon after her ‘Jai Mala‘ ritual concluded.

Reportedly, the accused had been in a relationship with the woman and was irked by her wedding with another man.

After hearing the sound of the bullet, the family members and relatives rushed to the spot of the incident.

Speaking to ANI, the victim’s father Khubi Ram Prajapati said, “After ‘Jai Mala‘, my daughter went to the room to freshen up when an unknown person came and shot her dead. I cannot believe this happened!”

Soon after this incident, the victim’s father went to the police station to register a complaint.

SP (Rural) in Mathura, Shrish Chandra told ANI, “We have got to know about the said incident. We have registered a complaint. The police is probing the matter from all angles.”