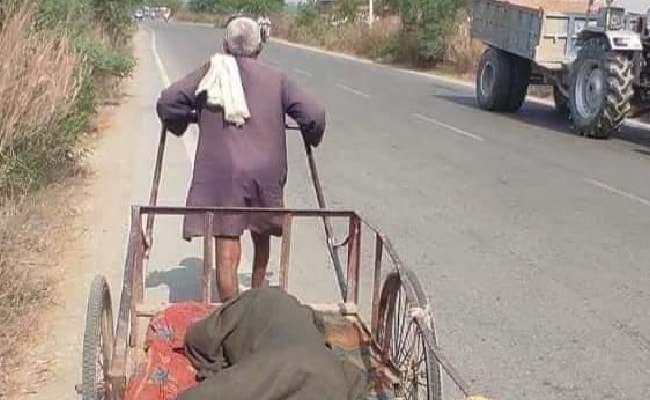 The incident is reported to have taken place in Ballia, about 400 km from state capital Lucknow.

An elderly man’s desperate effort to get his ailing wife help, first by dragging her to a health centre on handcart and then rushing her to another hospital, came to nothing after she died after the 5-hour journey.

A probe has been ordered after an image of Sakul Prajapati pulling the cart with his wife lying in it was widely shared on social media. The incident is reported to have taken place in Ballia, about 400 km from state capital Lucknow.

Sakul Prajapati took his wife to a health clinic, around four kilometres from his home, but was reportedly referred to another hospital. The clinic failed to provide an ambulance.

It reportedly took Mr Prajapati five hours to arrange a mini-truck to take his wife to the district hospital.

In that time, his wife’s health deteriorated and she died during treatment.

This incident is reported to have taken place on March 28.