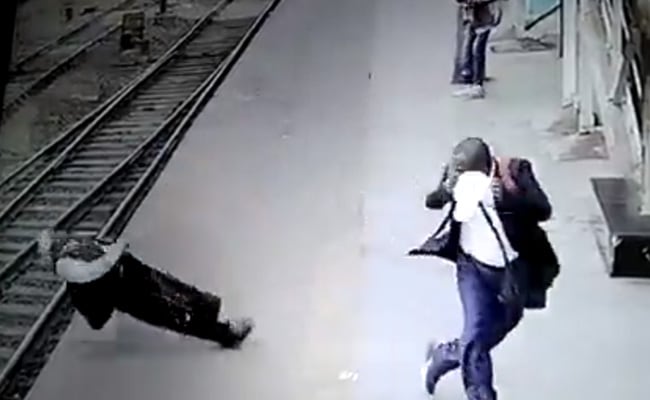 The freak incident was caught on camera and is going viral on social media.

The man sustained burn injuries in the mishap and is being treated at a hospital, officials said.

The freak incident, which was caught on camera, is going viral on social media.

In the video, two ticket collectors are seen talking to each other at the railway station in West Bengal’s Kharagpur, when a live wire falls on the platform and touches the ticket collector’s head.

The dramatic visuals show him falling on the tracks along the platform with his head down while the other official talking to him runs away in shock.

The man was rescued by the railway staff and passengers, officials said, adding that he has been admitted to a hospital for treatment.