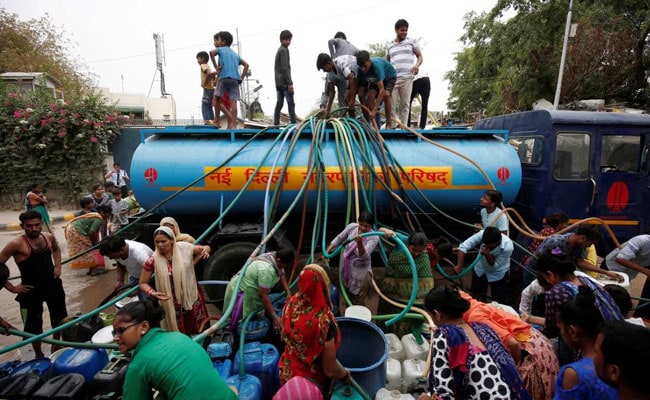 Water supply will remain affected in many parts of Delhi on Sunday due to Haryana releasing less water in the Yamuna and two canals, the Delhi Jal Board said on Saturday.

The water level in the Wazirabad pond stood at 667.3 feet as against the normal of 674.5 feet.

Also, less water is being received from Haryana through the Carrier Lined Canal (CLC) and the Delhi Sub Branch (DSB), the utility said.

Operations at the Wazirabad, Chandrawal and Okhla WTPs have been hit. Water supply will remain affected till the situation improves, it said.

The utility had last week written a letter to the Haryana Irrigation Department, the fifth time this summer season, asking it to release water from the Somb river, a tributary of the Yamuna.

Delhi requires around 1,200 MGD (million gallons per day) of water, while the DJB supplies around 950 MGD.

CLC and the DSB are supplied water from Hathni Kund via Munak canal and Bhakra Beas Management Board.

Besides, Delhi receives 253 MGD from Uttar Pradesh through the Upper Ganga Canal, and 90 MGD is drawn from ranney wells and tube wells installed across the city.