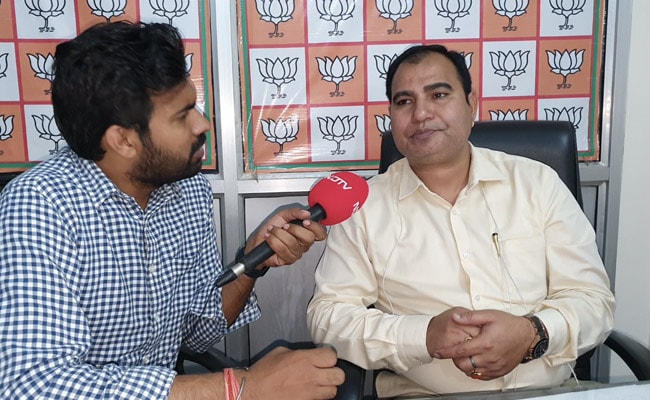 The ban on meat shops in South Delhi till Monday for the Hindu festival of Navratri will be enforced strictly, Mayor Mukesh Suryan has told NDTV, claiming that the move was taken following complaints and does not violate anyone’s personal liberty.

“We will strictly close all meat shops. When meat is not sold, people will not eat it,” the South Delhi Municipal Corporation Mayor told NDTV, defending the order similar to those in some Islamic nations where drinking water in public is prohibited during the fasting month of Ramadan.

“We have taken this decision keeping in mind the sentiments of Delhiites. People complained to me. The fasting people were facing problems over the cutting of meat in the open. This is not a violation of anyone’s personal liberty,” Mr Suryan said.

“We will strictly follow the decision of meat ban. On 8, 9, 10 April, we will also close all slaughterhouses,” he added.

The South Delhi Mayor on Monday had announced that meat shops under his civic body should be shut during the “auspicious period of Navratri devoted to Goddess Durga”, adding that devotees during these nine days avoid eating meat and certain spices.

The East Delhi Municipal Corporation Mayor Shyam Sundar Agarwal made the same demand and said, “Closing of meat shops will make us happy during this festival”.

When asked what’s the basis for the decision, the Mr Suryan said, “people don’t want it”, without explaining who these people are or if a survey was conducted to determine that.

“What’s the problem? What’s wrong with this? We are just asking for Navratra, not for regular (sic),” the Mayor told NDTV in an interview, stressing that he has taken “public opinion” on this.

In a letter to South Delhi Municipal Corporation Commissioner Gyanesh Bharti seen by news agency PTI, Mr Suryan also said “religious beliefs and sentiments of devotees are affected” when they come across meat shops or have to bear the foul smell of meat on their way to offer daily prayers to goddess Durga during Navratri.

“Keeping in view the sentiments and feelings of the general public, necessary directions may be issued to the officers concerned to take action for the closure of meat shops during the nine-day period of the Navratri festival extending from April 2, 2022, to April 11, 2022,” Mr Suryan wrote.

There are around 1,500 registered meat shops in the jurisdiction of the SDMC, according to PTI.